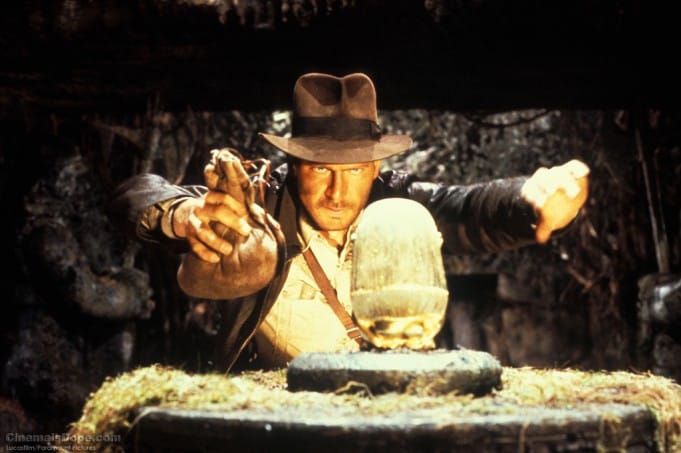 I recently re-watched Raiders of the Lost Ark, the first in the now epic Indiana Jones serial throwback-style movies from the 1980s. I was curious to see how the film had aged, and wondered if the effects, dialog and tone would hold up almost two decades later.

With Spielberg, you’re in good hands. And Raiders of the Lost Ark is perhaps the crowning achievement in a career that has many cinematic peaks. It’s hard to pick one standout film. But I would say this one above all represents an absolute blasted, good fun, movie-going experience.

And it has aged extremely well. The visuals are still stunning. The now famous musical score perfectly raises the drama of the onscreen action, perhaps even causing a middle aged man to yell “Go Indy!” at the screen.

There are many choice scenes in the film, so it’s hard to select just one moment that stands out because so many are great and liable to cause you to break out in smile repeatedly.

Who can forget the confrontation in the market with the wicked, sword-bearing attacker who Indy dispatches with a simple flick of his wrist and gun? One rumor regarding that scene: food poisoning allegedly made Harrison Ford too sick to attempt the stunt with the whip as planned, resulting in the gun as the efficient alternative.

The snakes scene shown here though is especially good I think since it caps the opening scene and sets a humorous tone that would carry through the entire film. It was quite the escape. And Raiders of the Lost Ark is simply a modern day classic.

Watch: I hate snakes, I hate ’em – Snakes on Indy’s Plane (Raiders of the Lost Ark)