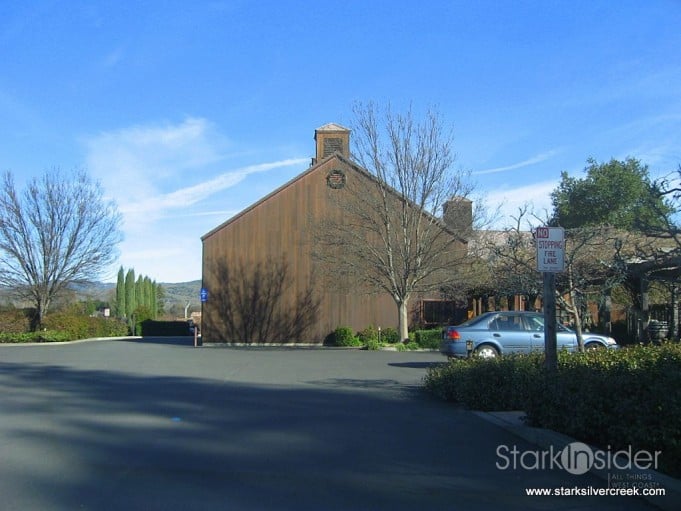 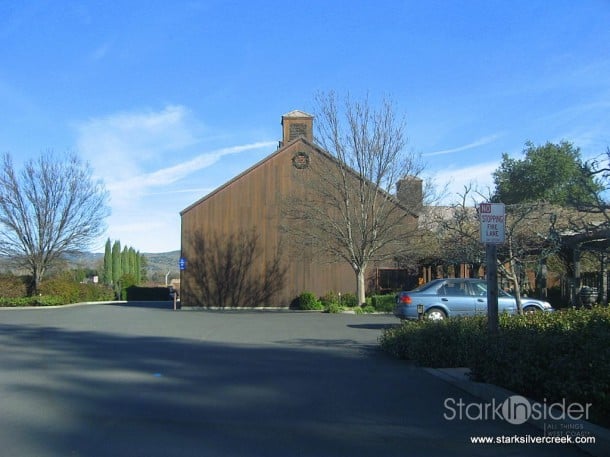 It was a little past noon when I arrived at Turnbull Wine Cellars, having spent longer than planned in the Artesa Winery club room.

We almost missed the turn into the simple looking tasting room structure which was designed and built by Bay Area architect William Turnbull, also the founder of this winery, originally named Johnson Turnbull Wine Vineyards (1979). The rustic wood, straight and clean lines are a great contrast to some of the other wineries that dot the valley with their stone facades reminiscent of grand villas in Tuscany. The Turnbull design has inspired other winery structures in the area including Cakebread Cellars and Fisher Winery.

On a wrinkled piece of paper, Clint had scribbled and circled the different wineries to visit, being a fan of big Napa Cabs, he had the scribble of “Turnbull”. Having noted it was a planned winery, we strolled up to the two barn-like structures.

I peered inside the first structure on the left. At first glance, I liked the minimalist interior design and the contrast between the wooden wine barrels, tasting bar with the stark white walls. It was striking to see so much wood adorning the exterior of the structure only to find the insides, had such creamy smooth walls.

A woman with silvery white hair and a husky voice, whom we later found out was “CJ”, the wine educator, announced the room I had peered into was for reserve tastings and the other barn further down offered the classic tasting. Always a person to explore all options when possible, I decided to investigate the other barn.

Between the two barns was parked a gleaming black Ford. A historic vehicle, much love had made it look like it probably did the first day it rolled off the assembly line.

The classic tasting was housed in the main building. To the left was the tasting bar, to the right the obligatory display of gifts and mementos. The classic tasting is offered at $10, the reserve food and wine pairing was $20. I selected the reserve tasting as a food pairing sounded good at the moment and I was curious to explore the other barn.

Having decided, we bid the friendly gentlemen behind the counter adieu and returned to the barn with the egg shell walls.

CJ greeted us and had some of the most lively eyes and colorful ways of describing wines and food in this part of Napa. Just listening to her as she described the wines and pairings with salty and sweet pieces of cheese, nuts and chocolate was fascinating. She sprinkled factoids on the origin of the Syrah varietal and how all varietals originated from Asia, the differences of seasonality between Napa and regions of France, and how foods mainly enhance or subdue the dominant characteristic of a wine.

When I first entered the reserve room, Clint and I were the only ones, but as the tasting progressed, the room started to fill up and with it the energy level bubbled up. We met another couple who recommended a couple of other wineries they enjoy.

We finally got to the Turnbull 2005 Black Label, a Bordeaux varietal blend that was very fruit forward, had good structure and richness. Very approachable and delicious.

It was a wonderful way to cap off a visit that started of quiet, serene and built up to a lively orchestra by the time we left.