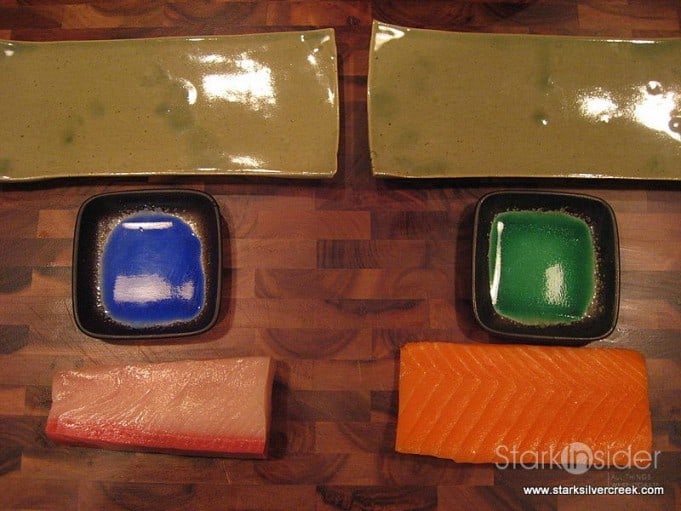 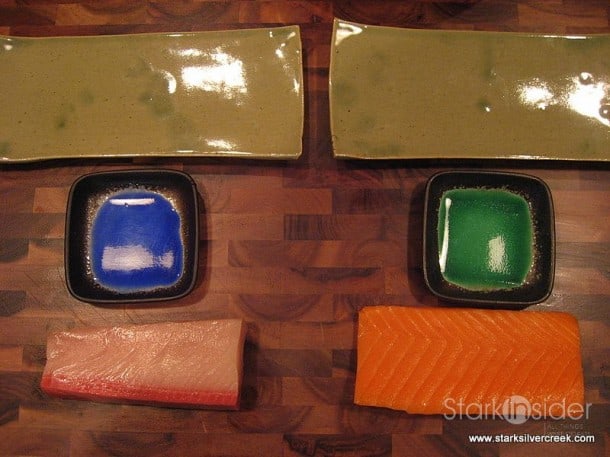 Clint has a story he loves to tell. He puffs up a little just before he goes into his tale of sushi scarcity. The tale?

“Ah, when Loni and I were first dating, one evening she made me this incredible sushi dinner. She pulled out all the stops and did something no one had ever done for me! Little did I know that this was the one and only sushi dinner she would ever make for me.” 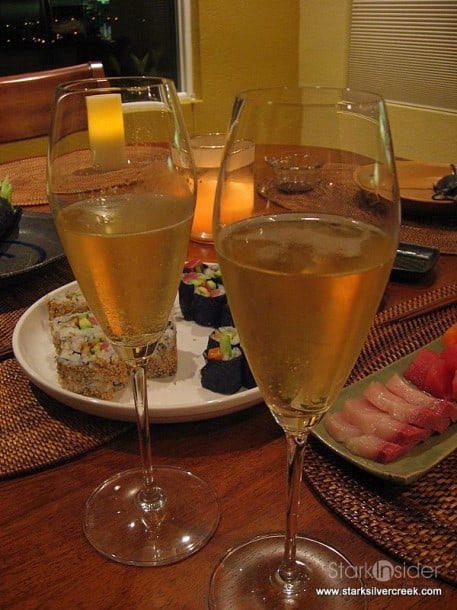 Okay, I’ll admit that I used the sushi dinner technique to reel in a husband. He took the bait: hook, line and sinker! However, after years of hearing this story, this past weekend for our anniversary, I decided to show him that after all these years, I still had my sushi chops. I decided to put an end to his tale with a smack down of raw fish.

Did I succeed? Is that even a question dear reader?

Here is proof of the fish that was sacrificed towards my noble cause.

This sushi dinner while we were dating, along with a picnic spread while watching Shakespeare in the park and a to-die-for molten lava cake…sealed the deal. Clint didn’t know it then, but he had no chance.

No more poignant way to a man’s heart than through his belly!