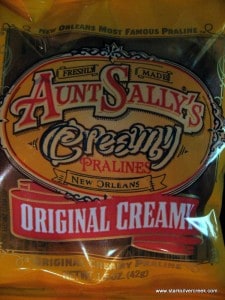 I was 30 minutes late for our occasional Starbuck’s meet up where Aunt Susan and I chat about our lives; topics span from the profound to the absolute silly. No preset time limit or requirement, we just chat until either or both of us decide we must part until the next.

I rushed into the Starbuck’s nestled between Costco and Trader Joe’s two of my grocery hot spots. Susan was seated in a Mad Hatter type arm chair that have become commonplace in Starbucks franchises. Having seen me rush in she greeted me with a hug. I remembered one time she noted my sister gave the best hugs, I could believe it as showing warm fuzzies was not my strong suit, especially after a day of being bounced from one meeting to another.

As we proceeded down the familiar path to the cash register, I did glance and see a little red paper bag still sitting prim and proper in the velvet armchair. I gestured towards it, “Is this yours?” My aunt rushes to it, sweeps it from its perching spot and it lands in front of me. Clearly the contents were intended for me.

I peered in and found some blood oranges from her garden and a couple of shiny orange packets with the words, “Aunt Sally’s Creamy Pralines”. Susan smiles and commented she had a story to tell me later.

We got an order of the tall skinny latte and a tall soy latte and found a table along the window facing Costco. With warm brews in hand, we discussed the surprising events that had happened to friends and family during the holidays and their recent trip down to Mexico where they had finished construction on a casa a year ago.

Finally, she glanced over at the bag and with a gleam in her eyes told me how recently, she saw black-eyed peas at a local grocer for the first time. Curious about what black-eyed peas were actually used for, she consulted the all-knowing internet and found a New Orleans recipe using black-eyed peas. The story goes down a path which lead to the subsequent purchase of a hot smoker and finally, the the orange packets of pralines.

To tell you the honest truth, I really am not quite sure how Susan ended up getting Aunt Sally’s creamy pralines. I do know it started with the black-eyed peas. Regardless, the latte made me yearn for something sweet so I reached down into the bag and opened one of the little packets.

I broke off a little piece and when it hit my tongue, it melted into a maple fudge-like goodness with speckles of praline. And with it, the stresses of the week. I don’t know Aunt Sally, but I am glad my own aunt found her.