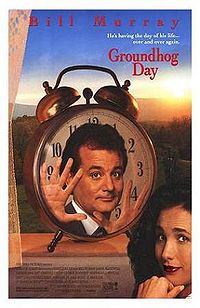 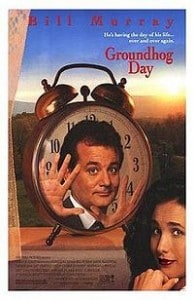 ‘Groundhog Day’ is like a simple magic trick with three parts that will leave you titillated.

The pledge (where the magician shows you something ordinary)

A simple set of characters, a disgruntled weather man (Phil Connors), a pretty news producer (Rita), and a socially-challenged camera man (Larry). A simple premise that this news team needs to travel to the little town of Punxsutawney, Pennsylvania to cover the annual Groundhog day celebration, something Phil is doing for the fourth year in a row.

The celebration ends but unfortunately Phil and team were not able to leave Punxsutawney because of a blizzard. Stranded, Phil returns back to his bed and breakfast for the evening. The next morning, the alarm goes off at 6 am.

Then the extraordinary happens, instead of being the next day, it is February 2, Groundhog Day all over again. The story line and characters are still the same but this twist leads to a thoughtful and profound look at the question, “What would you do if you were stuck in one place and every day was exactly the same, and nothing that you did mattered?” A predicament many people feel throughout their lifetime, but in this case, Phil gets to explore this over a much shorter period, 1 day.

He goes through phases of exploring vices such as gluttony, theft and seducing women into one night stands only to lead to extraordinary boredom as his day unfolds as predictable as the days before, stuck in his own personal hell of February 2.

You would think the story line would lead to a dark gloomy movie, but it doesn’t, instead the movie is funny, light-hearted and very entertaining while still keeping true to the underlying message and not over simplifying it. 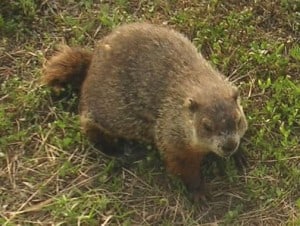 Living the same day over and over again, Phil does eventually get tired of gaming the system and decides to learn new skills such as playing the piano, carving ice sculptures and also figuring out ways to help out the citizens of Punxsutawney. Soon he is able to become one of the most popular people in the town through his “random” acts of goodness and Phil the jerk is no more.

It is a feel good entertaining movie with a great message.  Highly recommended to watch with the entire family, especially during holidays.