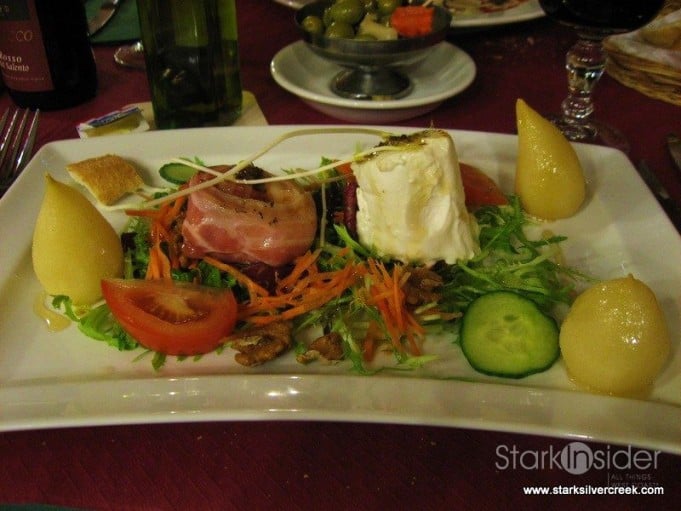 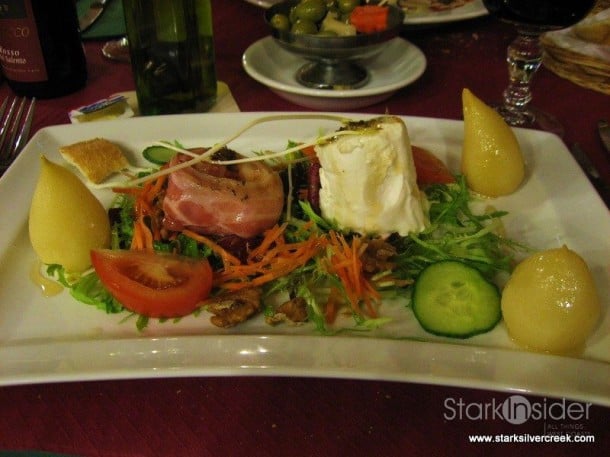 On a Friday evening in Brussels, Belgium, one of my colleagues invited me to a quaint neighboring city, Leuven, Belgium. She thought it would be a great place to explore, catch some of the sights and sounds of Belgium and grab a bite to eat.

Having spent the greater part of the past several days in an office, I decided to take her up on the offer.

Leuven (French Louvain) is about a 30 minute drive from Brussels. When we arrived, we were fortunate to find a parking spot in short order on streets usually packed with compact cars on such an evening.

We strolled around on this particular brisk evening. We walked past the beautiful Katholieke Universiteit Leuven which was founded in 1425. In front of this traditional building was a modern sculpture of a long metal needle and an upside down green bug that resembled a grasshopper. I was told when the sculpture was first installed, it caused a lot of controversy. I smiled, it seems that every city or town has such a building or sculpture which inspires much debate.

We also swung by the town hall which was beautiful and Gothic inspired as well as another infamous sculpture, Fonske (Fons Sapientiae – Latin for “Fountain of Wisdom”) depicting a student reading a book held in one hand while letting wisdom flow from a glass in the other hand.

Having worked up an appetite, we stopped by a casual, cozy restaurant down one of the streets passing down some of the more stark, modern looking venues we peered into.

The restaurant, “Grill Da Tonio” was quaint from the outside with a real brick facade and a bright blue awning with crisp white letters. Inside, the atmosphere was warm and cozy. On a cool night after a walk around Leuven, it was just the type of fare I was looking for. Classic, hearty dishes made with fresh ingredients, delicious cheeses and approachable red wine. One could enjoy these dishes while curling up on the wooden chairs, no feelings of needing to sit straight up and proper.

Our waiters were the owners who were friendly, offered some great suggestions for menu selections and never did you feel rushed to order or eat. We lingered quite a while there, sharing stories and savoring the meal.

I ordered the Bresaula with pears, vinaigrette balsamico and parmesan (10.50 euros) and the Spaghetti with sea fruit (10 euros). The highlight was the Bresaula which turned out to be a large dish. The pears were juicy and tender and the cheese wrapped in procuitto was to die for. I started off thinking there was an awful lot of cheese on the plate, but as I started to dig into the dish, I realized the cheese was so light, mild and creamy that it paired wonderfully with the thin salty meat. In fact, the dish was so good that by the end of it, I had long forgotten my camera parked on the side of the table and forgot to take any photos of the rest of the meal.

The meal was reasonably priced for the quality and portion sizes. When we first arrived at the restaurant, it was only moderately full, but as the night progressed, the restaurant filled up quickly.

When dessert time came, both my colleague and I were stuffed we both had to pass it and ordered coffee instead in order to continue conversations.

This little restaurant is worth a visit if you are ever in Belgium and crave some a good, hearty Italian meal. There is a reason it is still around after first opening its doors in 1968!