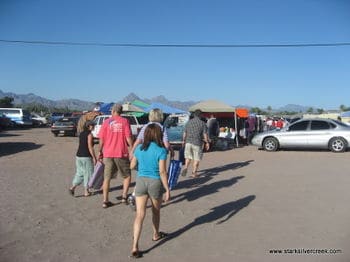 Saturday evening, while swiping mosquitoes from my legs in the town of Loreto waiting for the “Day of the Dead” event to start, Steve G. mentioned he was going to the Farmer’s market in town the next day.

My ears perked up. Next thing I knew, Steve had invited Clint and I to join them and I enthusiastically agreed. Funny how these things work out, no?

Sunday morning and many mosquito bites later, Steve and Eve met us in front of the Inn at Loreto Bay where we all crammed into the back of an SUV. The wheels on the bus go round and round, round and round… 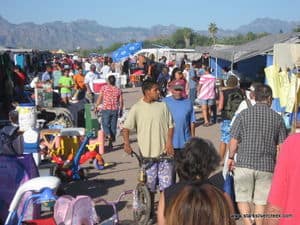 When we finally came to a stop and the swirl of sand settled, I peered out and saw the expanse of an arroyo stretched before us with crowds of people bustling amidst a collage of colorful tents.

We had arrived at the Farmer’s Market, just south of the town of Loreto. Every Sunday morning, the tents, fresh fruits, vegetables, seafood, meat and other household goodies roll into this calm sandy plain transforming it into an active marketplace.

We were first approached by a guy with a cooler full of large shrimp…tempting if only I was here in Loreto for a little longer. Next I saw a bunch of doors and windows. I wondered how much they were selling for.

I strolled up and down the market, itching to purchase something from the market to ensure I fully experienced this place of commerce. 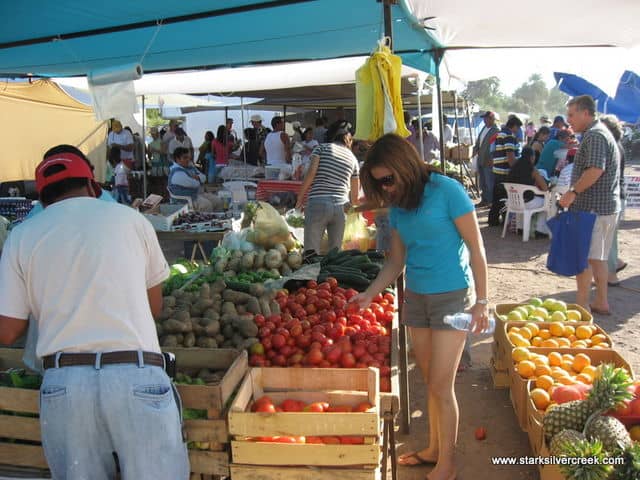 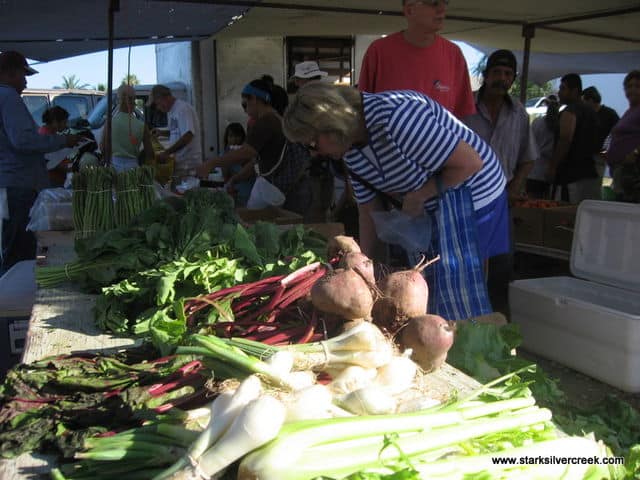 One of the most popular items there were the tamales… a moment of delay and by the time we got to the elderly woman that sold them at her little stand, there was only one left. One of the members of our group quickly snatched it up. 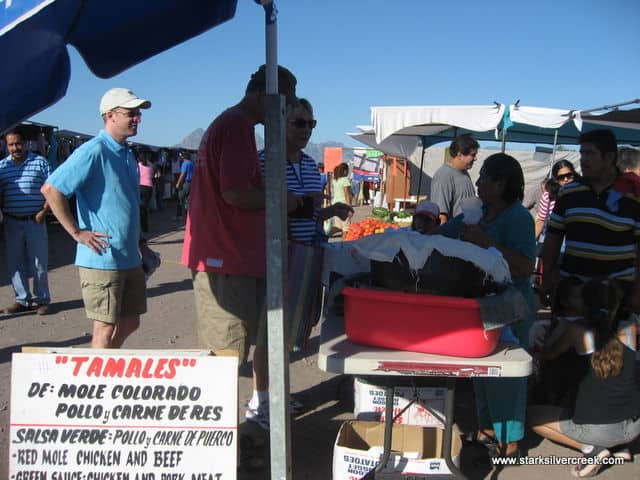 Then, I spotted it and simultaneously decided I had to have it. A crate of beautiful, smooth, sunny orange papayas. I selected one and handed it over to Clint who cradled it like a football. I knew when I got back to the hotel, I would borrow some utensils from the hotel restaurant, cut it open and scoop out the delicate, meaty flesh for a refreshing brunch.

I was able to sell Clint on the idea while he was my captive audience in the line up to the cashier.

The papaya turned out to be delicious and a wonderful treat from the market that day. 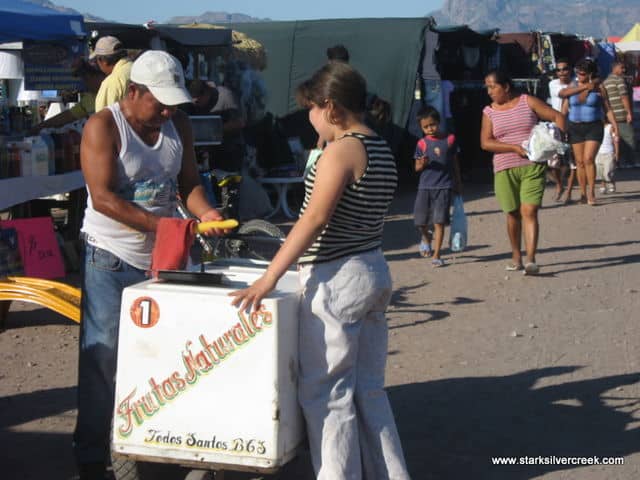 An icy cold treat is irresistible on a hot Sunday morning. 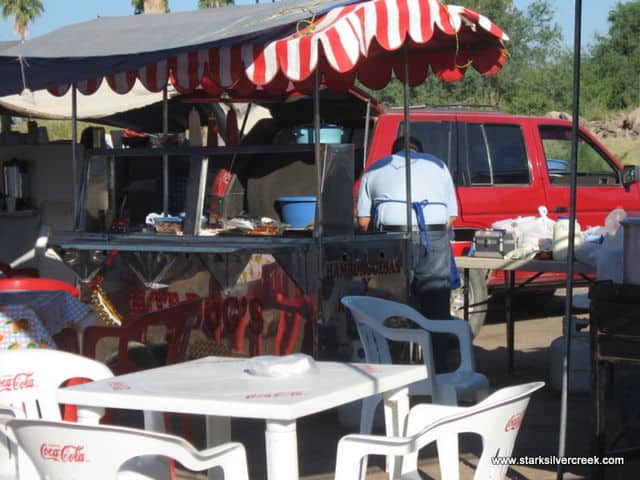 Tables and chairs are set up around the market for those that want to purchase ready-to-eat treats and eat them at the market. 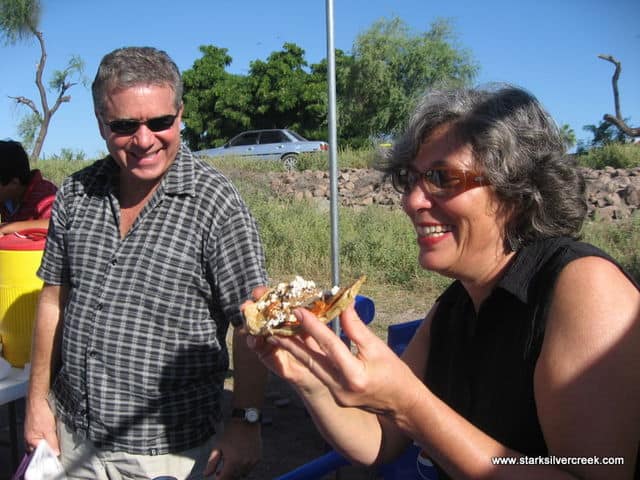 Eve has what looks like a thin crusted mini pizza as Steve looks on. 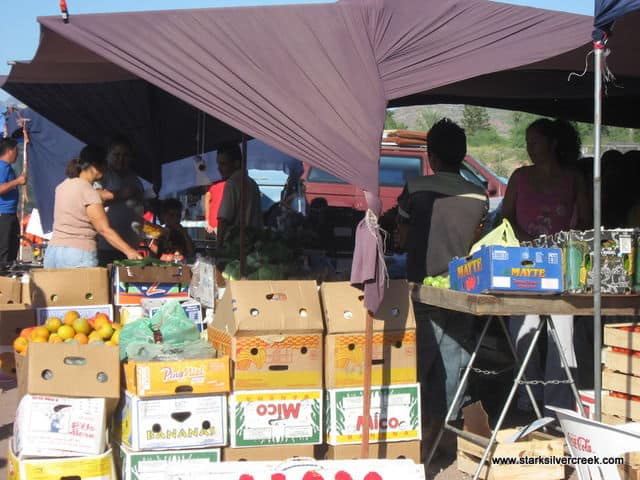 Boxes of fruit for sale. 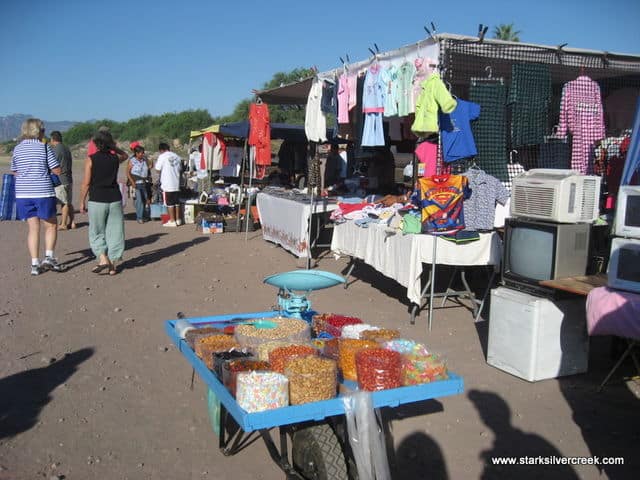 Food is not the only thing you can get at the market. There are also appliances and clothing as shown here. You can see Clint’s shadow on the right as he eyes the snacks on the bright blue cart. 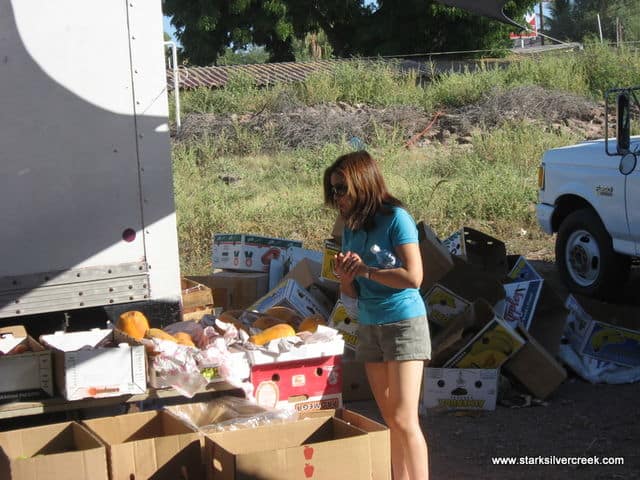 I spot the papayas. 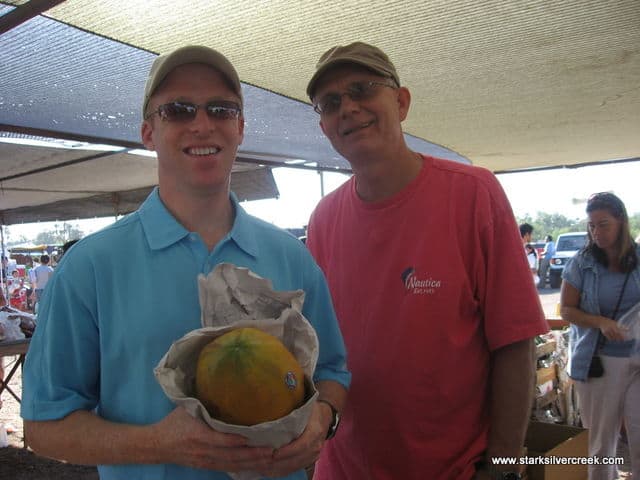 Clint poses with the papaya in line. 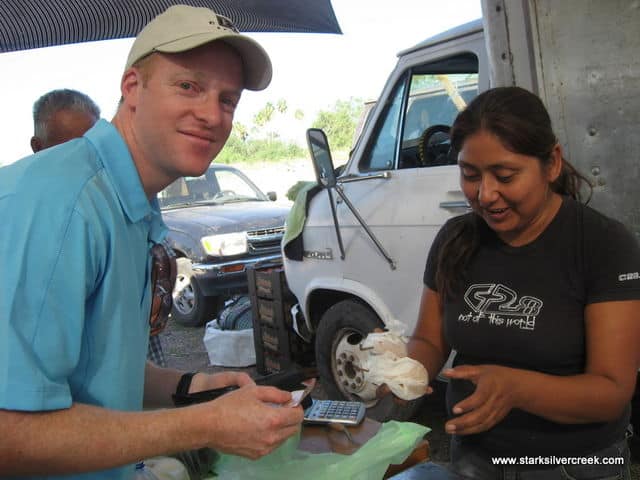 Some high stakes commerce going on here. Last minute I throw 2 pears into the mix as well. Total came out to 70 pesos. 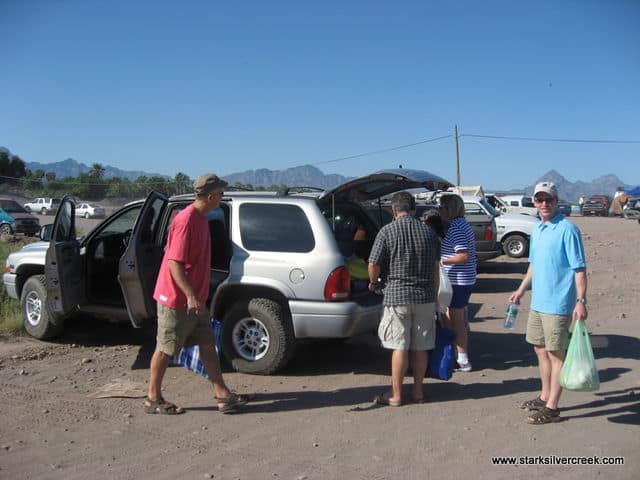 We pack our spoils into the car and head back to Loreto Bay. 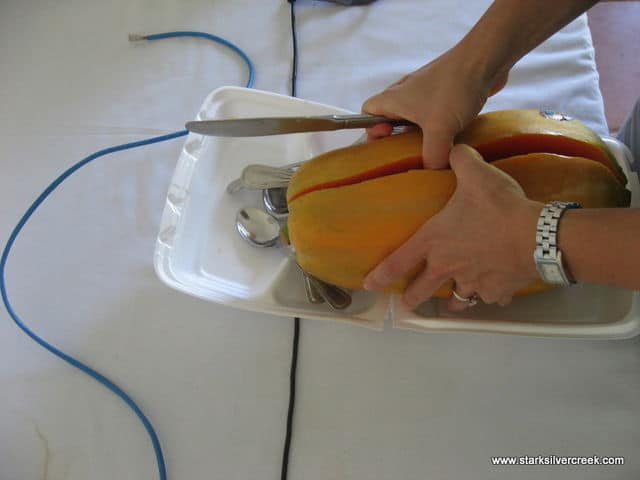 Operation Papaya in the “business center” at the Inn at Loreto Bay. 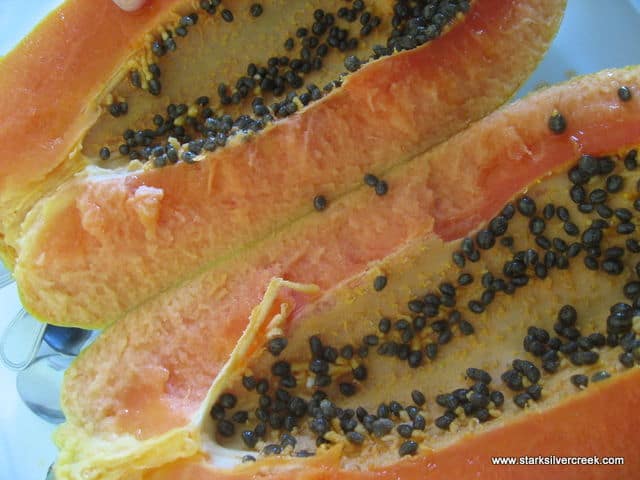 Which half do you want Clint?