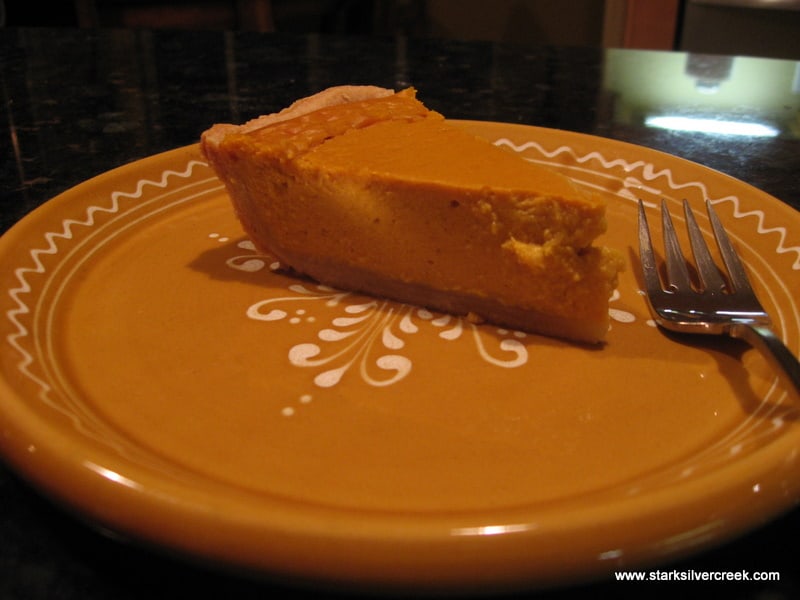 A slice of my pumpkin pie. Unfortunately, I didn’t have any whip cream to dress this up.

With another heat wave hitting California, it is hard to imagine that we are now in the fall season. The only signs really are the Halloween trinkets that adorn the windows of retail shops. I still don’t really understand why anyone would need place mats and table clothes in orange and black from Williams-Sonoma when one can easily invest in linens which would be appropriate all year long (or at least for an entire season).

Anyways, prompted this past weekend by the spirit of fall, and also because I had a can of organic pumpkin from TJs that was going to expire 10/08, I decided to bake a pumpkin pie. Funny how these things work. Clint was full of encouragement.

Now, which FoodTV star do you think of when you imagine comfort foods such as pumpkin pie? None other than Paula Deen of course!

I found this recipe labeled Pumpkin Pie which came with the prestigious resume of 348 reviews and an average rating of 5/5 stars. Now that’s as perfect as one can get. On top of this, the level was marked as “Easy”.

So here is ultimately the substitutions I made:

It may not be as delicious as the original recipe, I would really have to make both and try it out. But I think the result of this recipe was yummy and has a lot less fat and sugar. Now that’s a good thing. 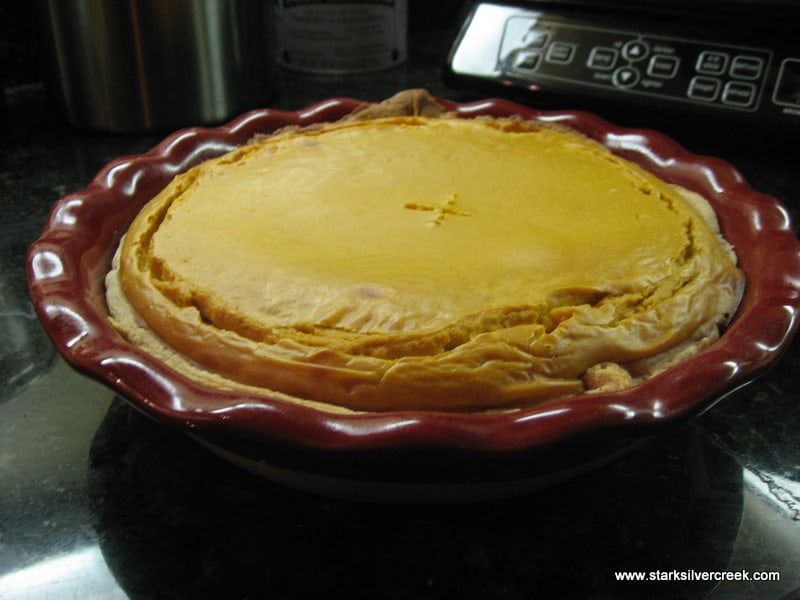