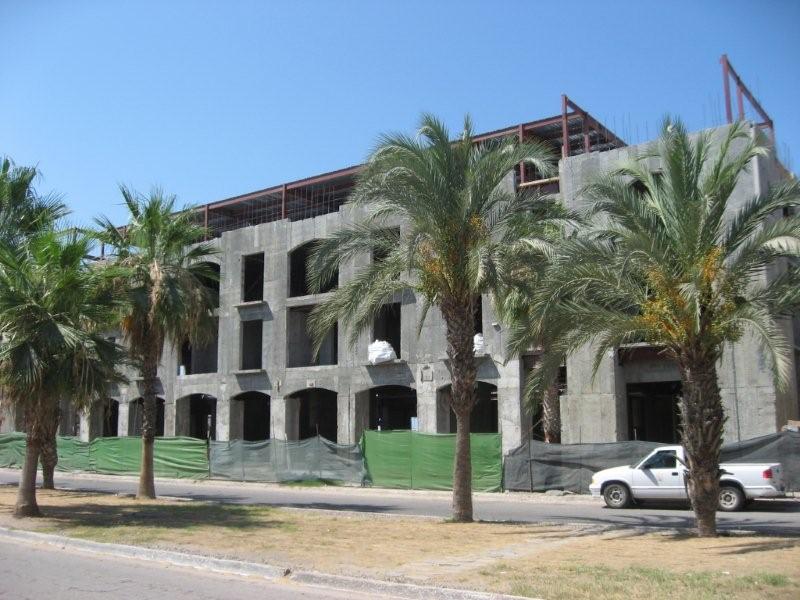 Empowered by the Loreto Bay hard hats that Jesus Gonzalas lent us during our Friday morning tour of our site, we purposefully crossed the street, around the chain fence and explored Posada del Mercado Norte. Both Posadas seemed to have the same architecture from the exterior and we chose to explore the interior of the Norte sibling of the two because it seemed it was slightly further along. By this time Clint and I had run out of water and were a bit thirsty, but curiousity got the better of us.

Ladies and gentlemen, I present to you, our tour of the Posadas for your viewing pleasure! 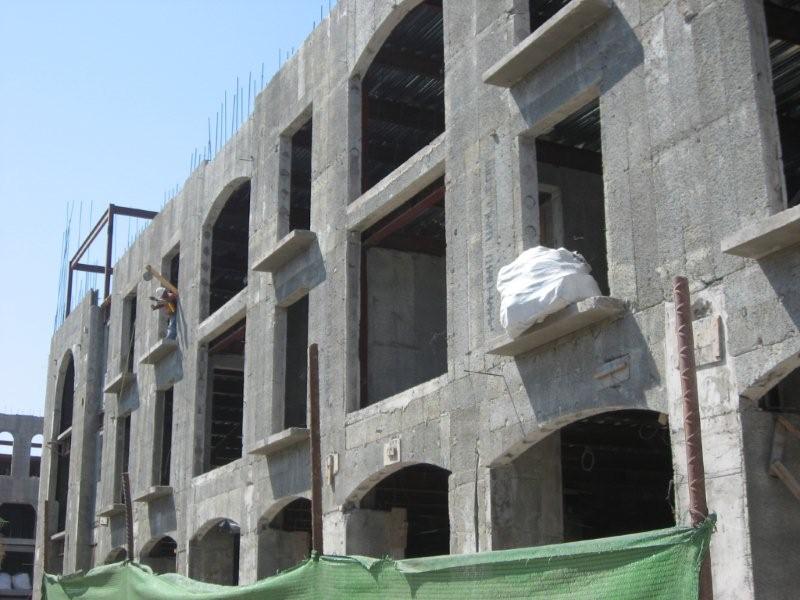 Nice arches and juliet balconies on the facade of the Mercada. Nice to see so many large openings which will be filled with beautful windows and doors, giving the condos a lot of character. 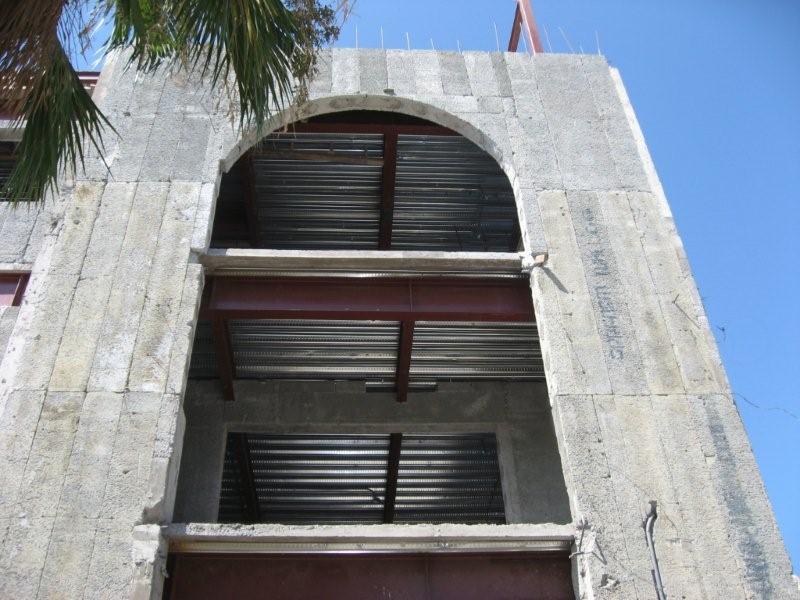 Looking up the building, you can see the metal beams spanning the different floors of the Posada. The outsides of the Posada are Perform Wall. Seeing this structure, I don’t know how it could ever have been completed with Adobe bricks. 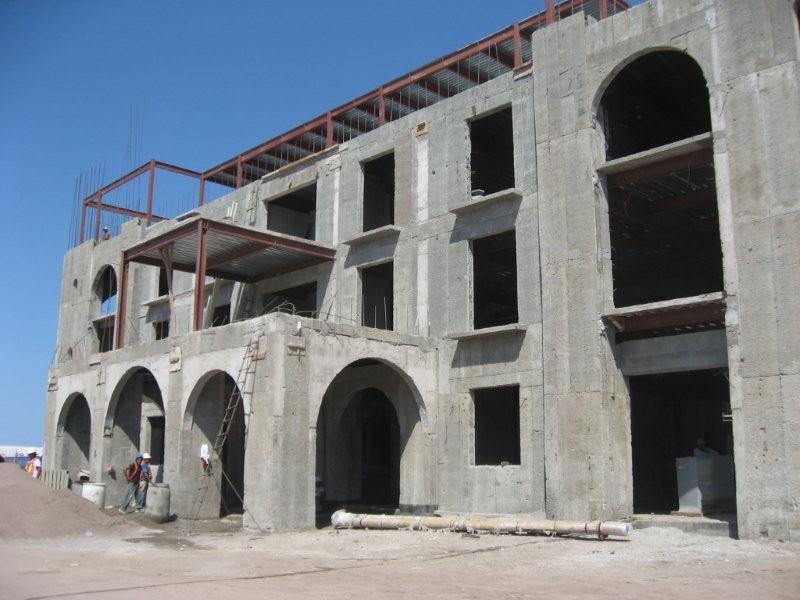 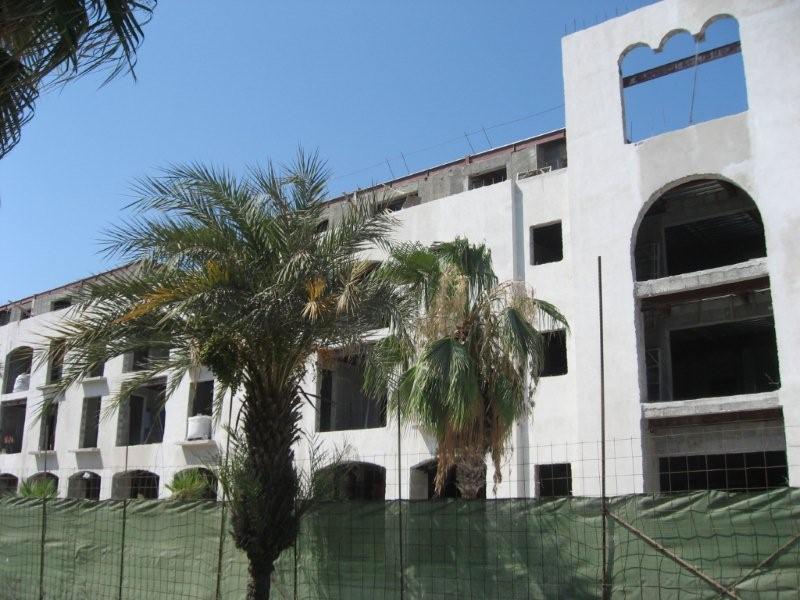 Posada Del Mercado Norte: You can see this one is a little further along with more of the plastering of the Perform Wall done. 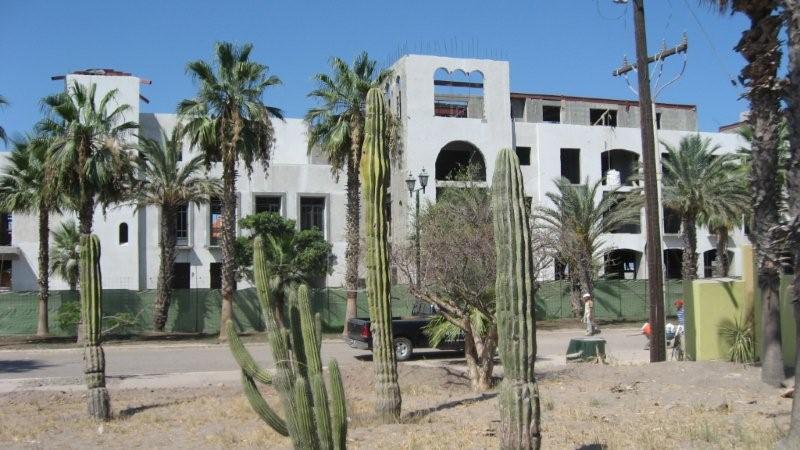 This photo was taken across the street. 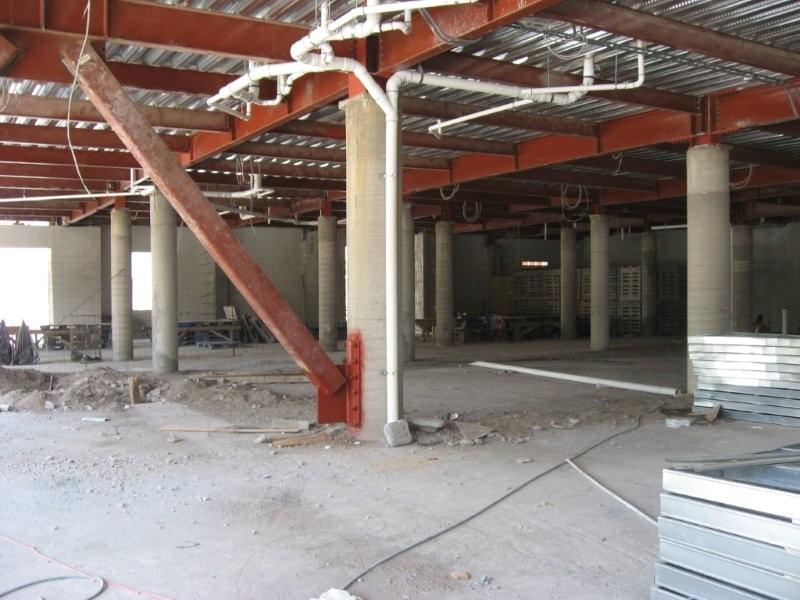 The first floor of the Posada will be retail/commerical. The ceilings here are quite high and grand. I would guess they are about 12 feet tall ceilings. To the right are arche structures which I imagine will form the many arched doorways in on this floor. I think the final product will look very high-end. 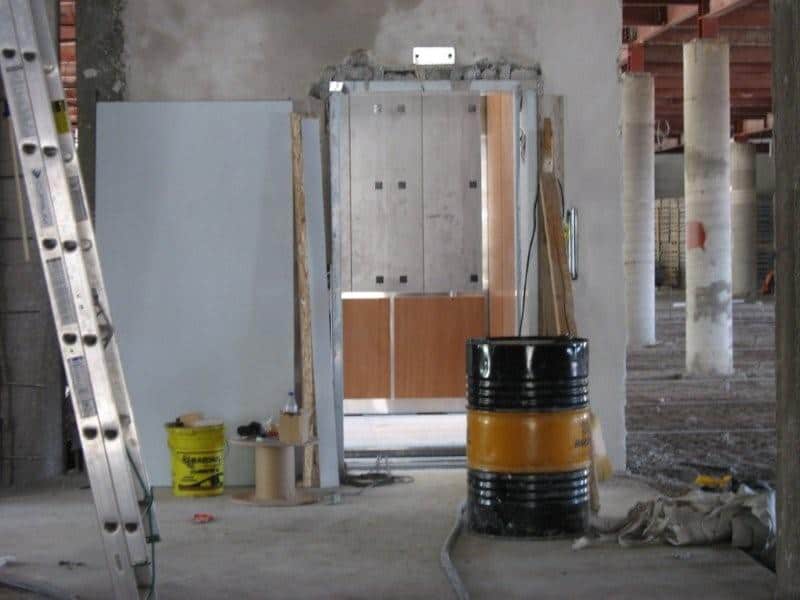 An elevator we saw as we approached the stairs to the second floor. It may actually be in working order now…but we hardly wanted to take a chance and try it out. Good old fashion stairs work just fine compared to the small chance of being stuck in an elevator in Loreto Bay! 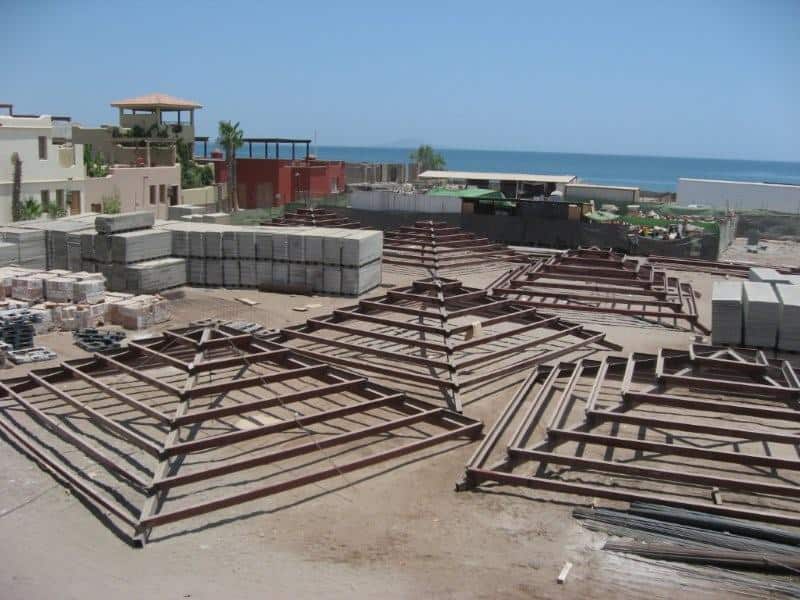 We saw these pyramid-like structures lying outside of the Posadas, I would guess these are for the roofs of the structure. Anyone know for sure? 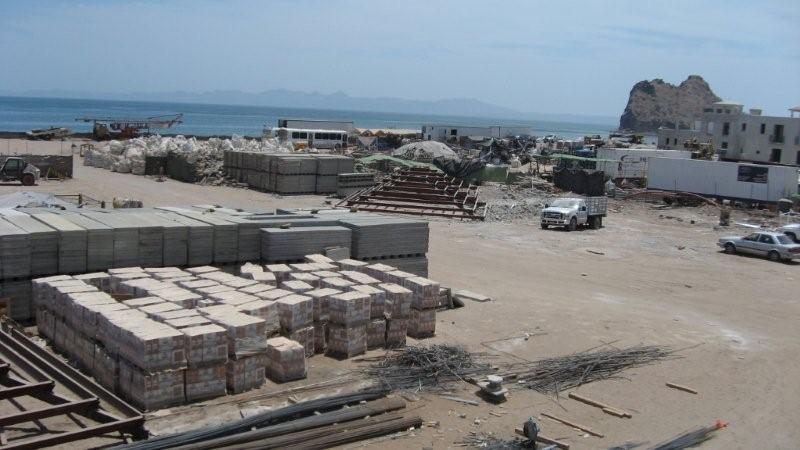 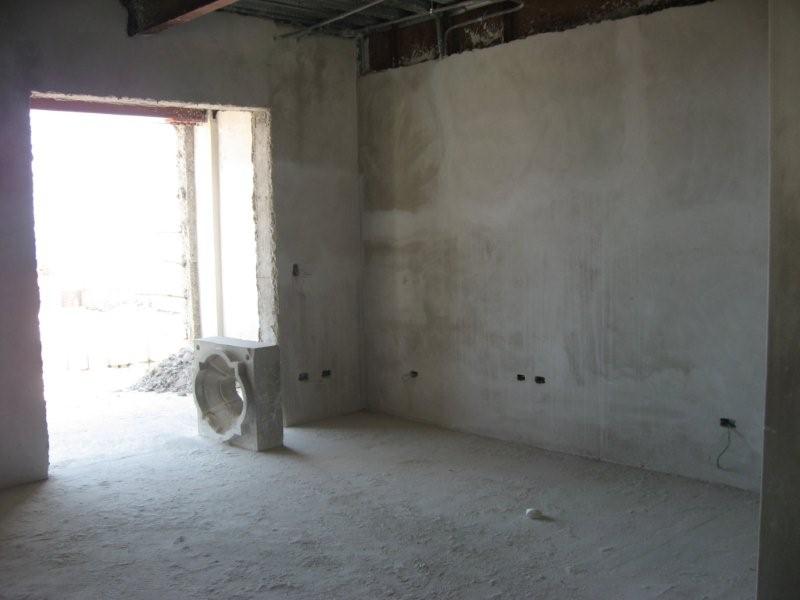 An Ojo lying inside one of the rooms on the second floor. 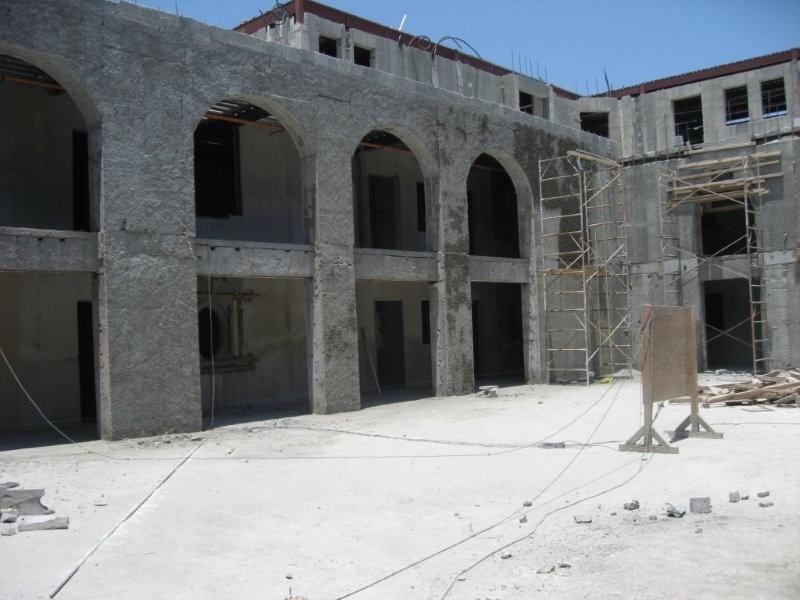 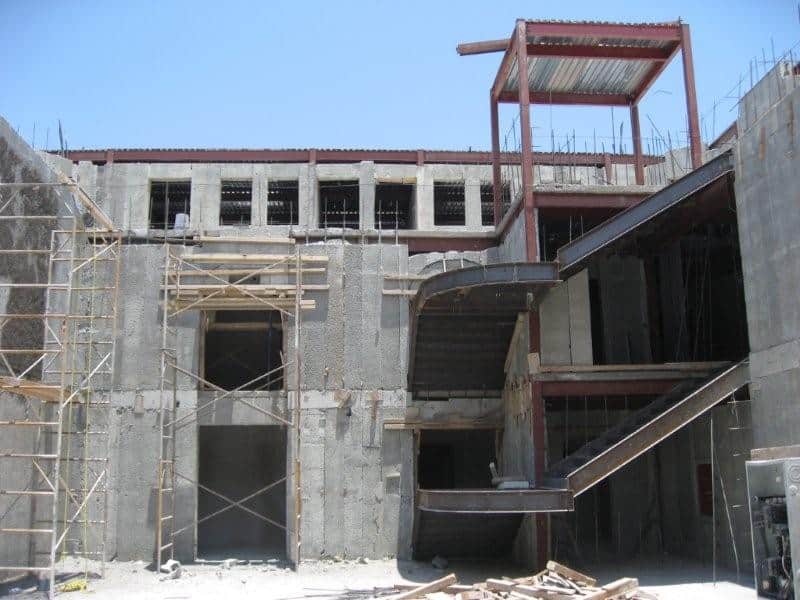 Steel temporary stairs up to the third and fourth level. 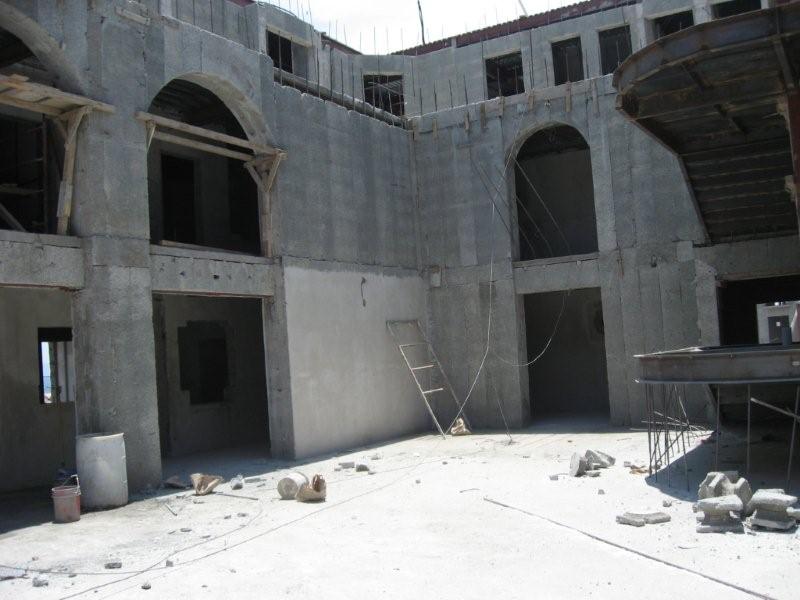 From another angle…just because we know what it is like trying to squeeze ever bit of detail out when you are trying to monitor a project remotely. 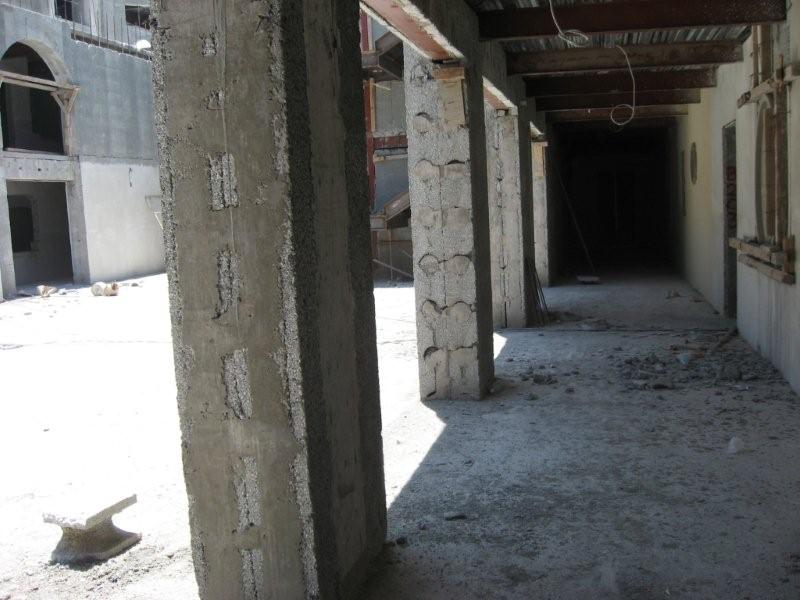 The pathway between the courtyard and the condo units. The units have both entry doors and windows overlooking the courtyard. 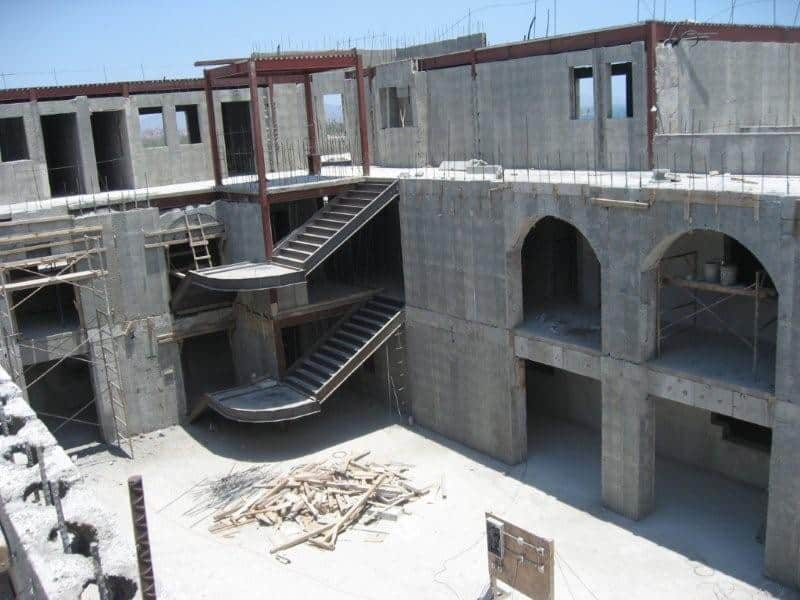 Looking down from the third floor. 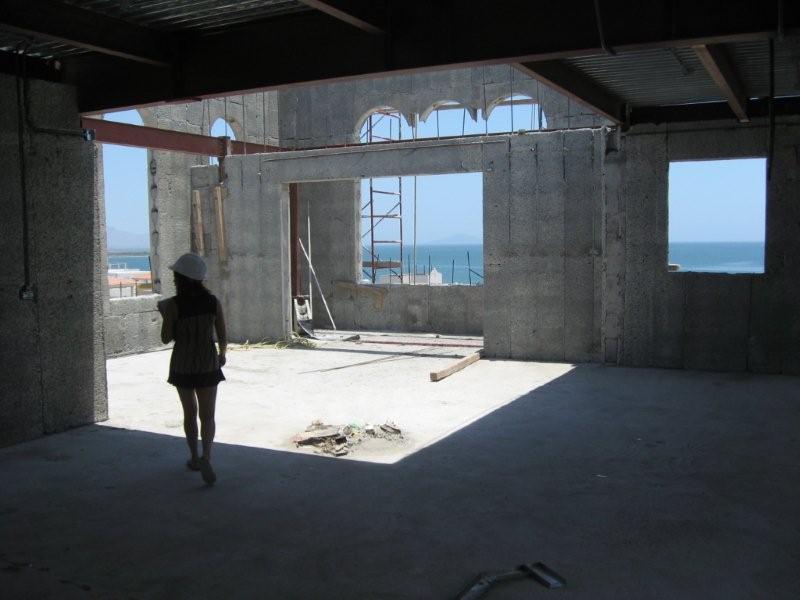 In the north-east unit of the penthouse. Clint and I were curious of the type of views you get. We were told by Alan and Annie that the views are spectacular. We wanted to see for ourselves. Notice the beautiful blue in this photo… 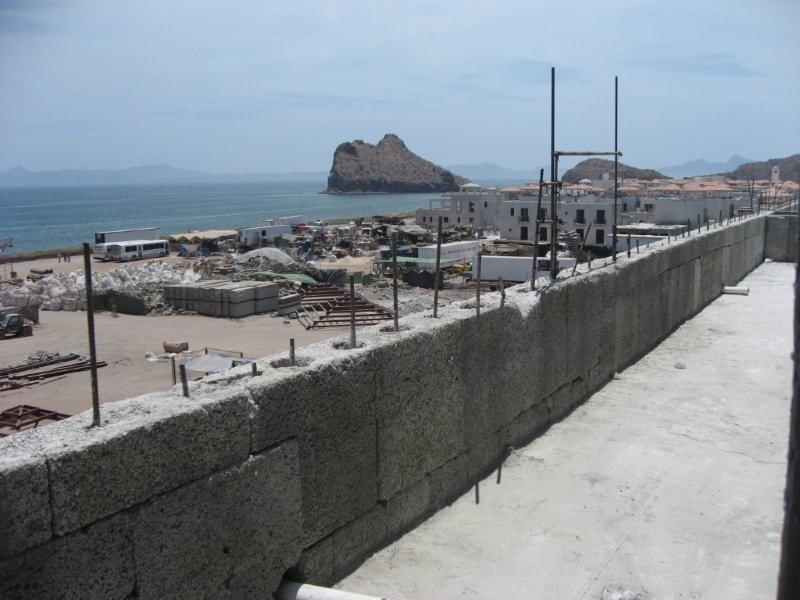 The penthouses have wrap around balconies so one can take in the views…and what views they are. It will be interesting to see what happens thought after the proposed beach club is built.

Looking down one side at the village homes fom the Posadas. 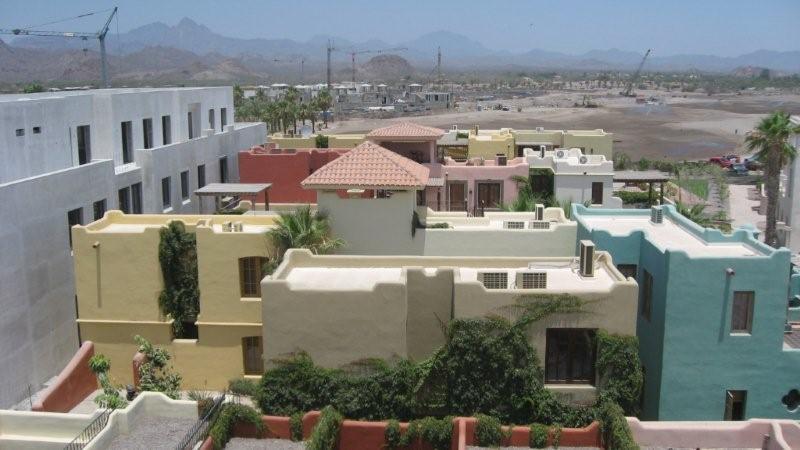 Looking across the homes to the north of the Posadas Del Mercado Norte. 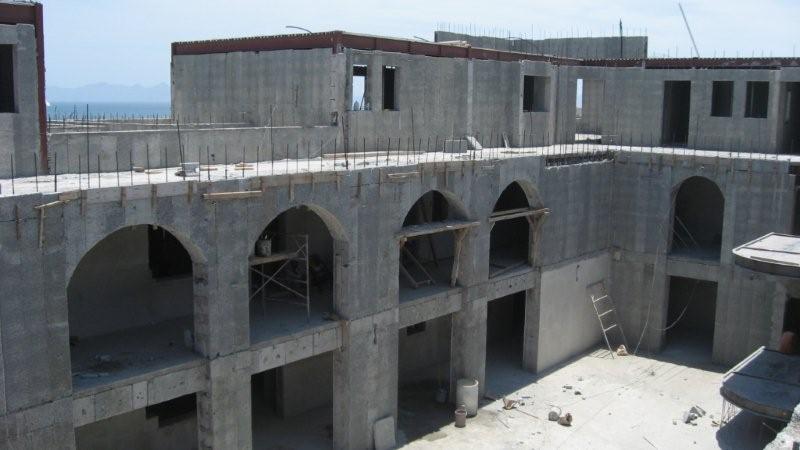 Upon exiting the one of the penthouse units, we took this photo of the courtyard again to give you a feel of it from the top floor. 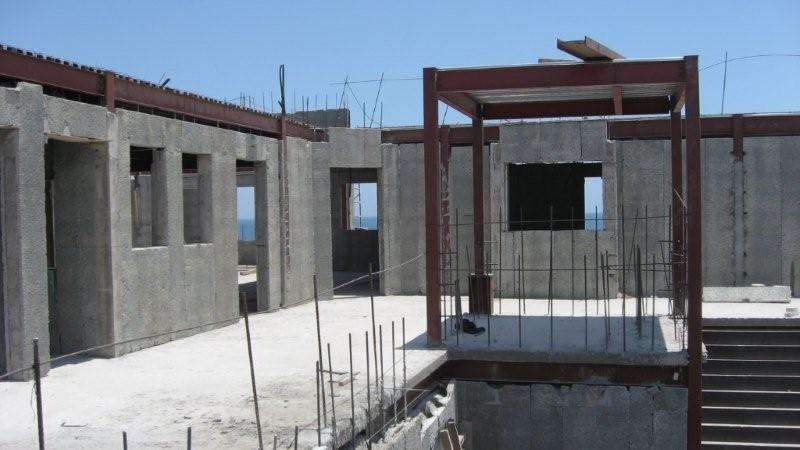 Looking across at the penthouse suites. 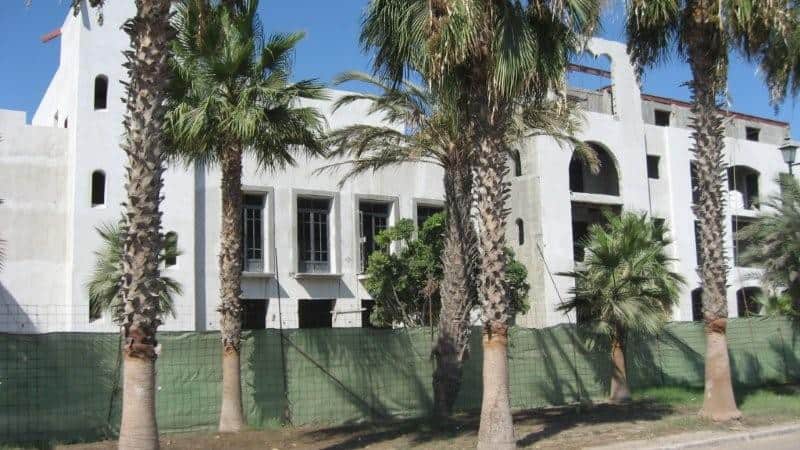 Another photo from the outside. (I do hope I didn’t get this mixed up with the commercial space that is just adjacent to the Posadas where Loreto Bay will be relocating their offices…)

Hope you enjoyed the tour.

=> Next in our Loreto Bay Series, Summer Edition: The New Loreto Airport Terminal.