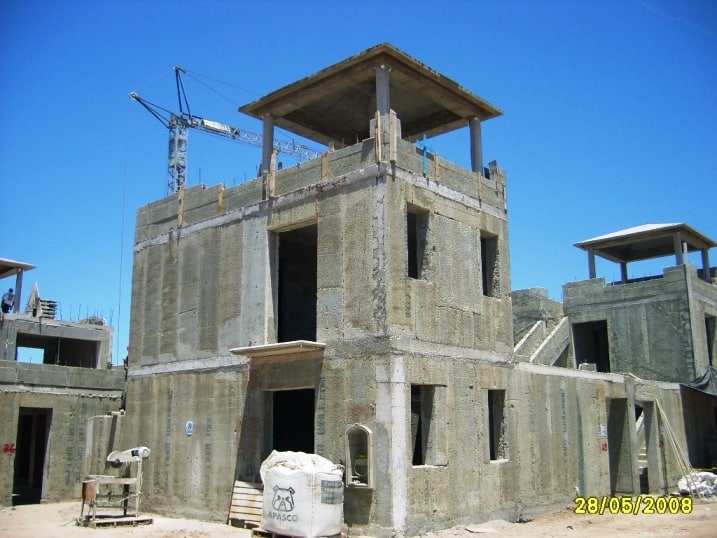 (Back from Rome, Italy) The Construction Coach is a construction consulting and inspections company located in Loreto, Baja Sur. It initially got kick-started to fulfill a need in the Loreto Bay community for an unbiased, expert third-party to report on construction progress for remote homeowners.

Clint and I started working with them around September 2007 prompted by a pre-construction bill from Loreto Bay that they were breaking ground on our lot. Since then we have used them for three progress inspections which, along with photos from our fellow homeowners when they are down in Loreto, gave us a pretty good handle on the state of our home remotely. Laurie O’Reilly, the office manager, and all the inspectors have been great to work with and conduct their business with the highest level of integrity. TCC Loreto even stopped sending progress reports and bills during a period of time when construction slowed down on our home and the progress reports would have been unnecessary as they would have shown no progress.

I have not written a review on The Construction Coach until now as I usually like to work with a business for some time before feeling I have enough of a basis to have an informed opinion.

This past week, based on our home hitting certain progress milestones, we had a CDC Report performed which assesses if what is built matches the plans we signed off on and ensures overall quality of construction.

The assessment was performed on May 28 and we got the report emailed to us on May 31. The actual report included:

1. A progress report: Summarizes TCC Loreto’s opinion on percentage completion of home. This is the same as one gets in the Progress Inspections.

2. A set of photos: We got a total of 30+ photos showing progress on our Nueva Chica. The Progress Inspection also comes with photos, but usually only about 5 photos.

3. The signed off plans with commentary in red on any deviations from the plans.

Item 1 is useful if you want to validate the percentage completion that comes with the Loreto Bay bill. The estimation of completion dates are not that reliable due to the unpredictability of construction pace from Loreto Bay. Since Beck has come on board, completion dates have moved up considerably so while initially our home was estimated to be complete by February 2009, it is now slated for October 2008.

I was very pleased with the thoroughness of the set of photos we got for this report which is considerable more numerous than the set that comes with the Progress Inspections. The commentary on the plans was also very useful and a couple of issues were called out in the plans which we will be following up with our account manager. TCC Loreto also meets with Loreto Bay periodically to bring up the issues they have discovered on their homes.

For those of you who cannot visit Loreto often enough to keep a tab on the progress or have little construction background, TCC Loreto offers an essential service with its CDC report. 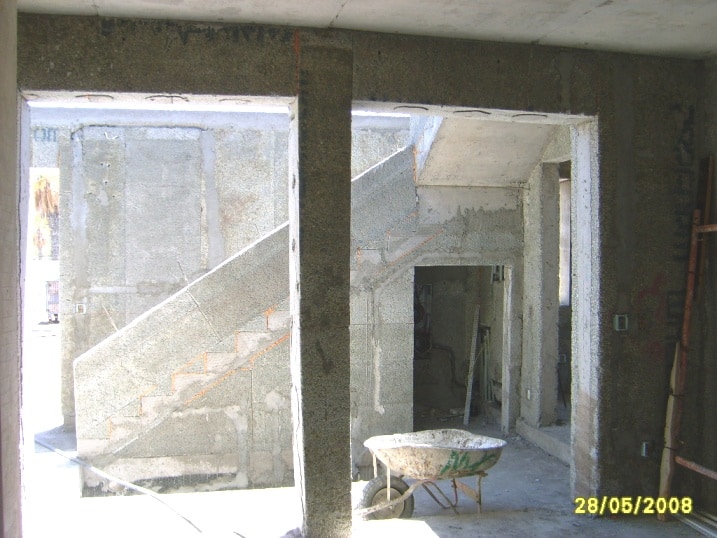 Looking out into courtyard from the great room. 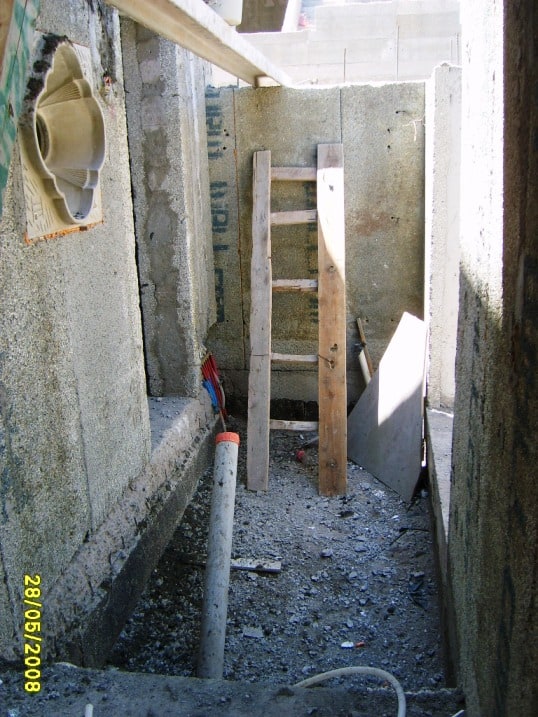 Looking into the smaller garden. I am so glad Loreto Bay decided not to put the air conditioner compressor here. The noise would have been horrible. Instead the conpressor is being installed on the roof. 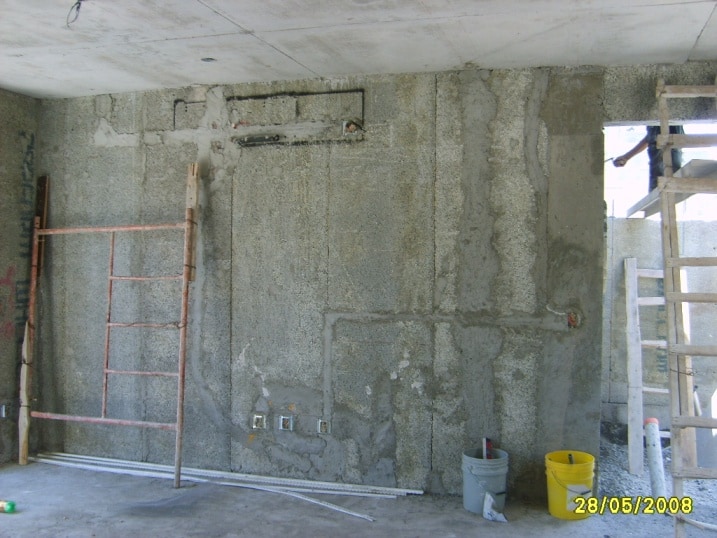 Wall across from kitchen. Still no home theatre conduits installed. However, we did get confirmation that they will be installed soon. 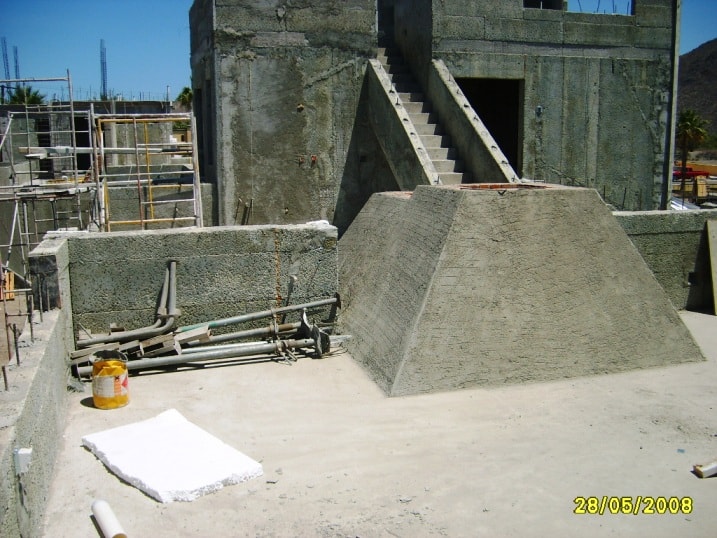 Our terrace – we’ll be able to say “hello” to our neighboors, the Stepps, as we use our BBQ cook center. 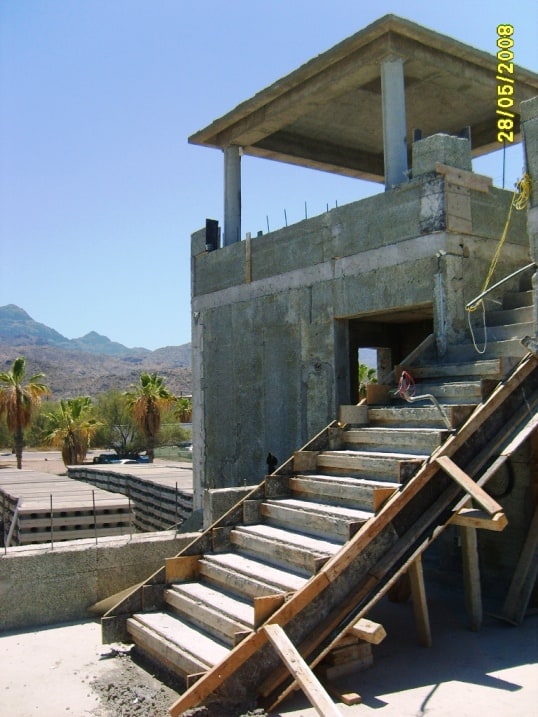 The stairs to our tower have the wooden structures on them again…seems like this is a back-track from earlier pictures we have which showed the stairs had already formed. 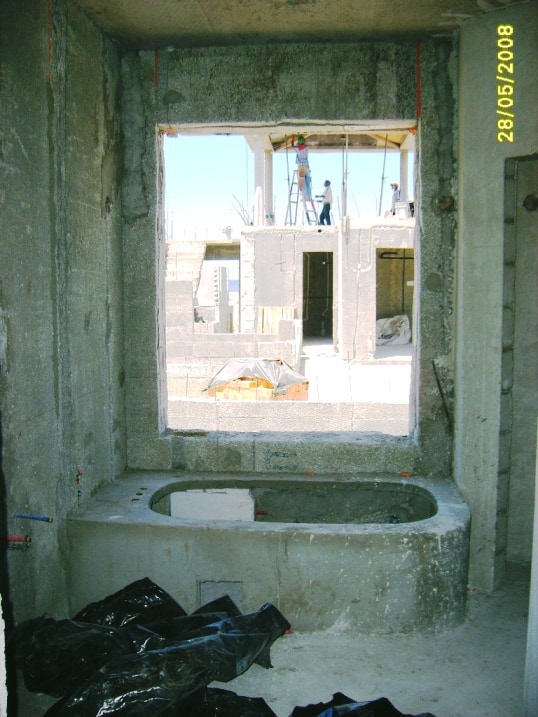 Our second floor bathtub…awaiting the nice jetted tub which will be relaxing after a day of kayaking in the estuaries! 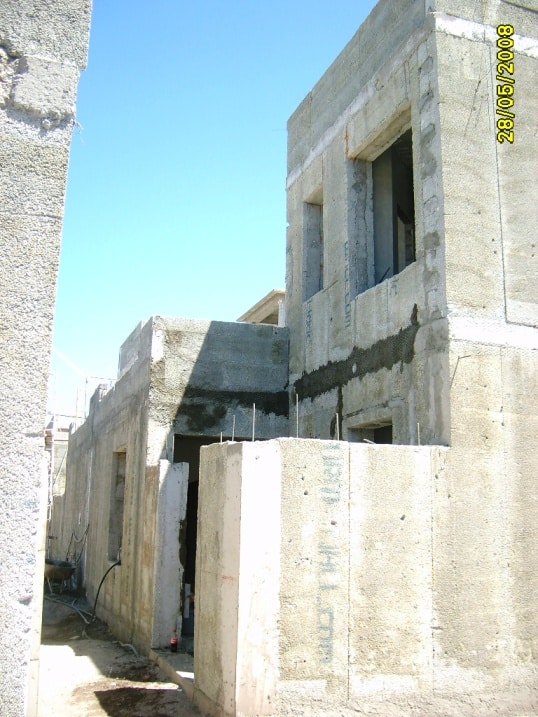 Back side of our home.