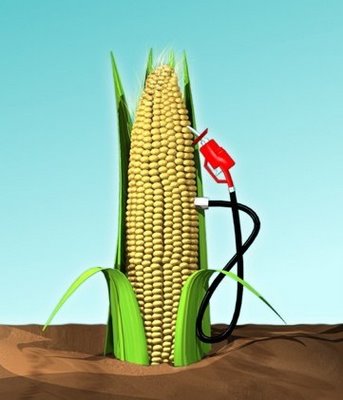 There are several news sources commenting on corn hitting record highs. A week ago, I got my annual passes to the Berkshire Hathaway Annual Shareholders meeting. Just two weeks ago I saw a news clip on the rising price of wheat as agricultural land devoted to growing wheat is being reallocated to growing corn which is producing higher revenue yields.

Now what am I fumbling about? I’ll admit it has been a long week and I am glad it is Friday so perhaps this entry is a little self-indulgent. I am simply marveling the cause and effect of one’s actions on others.

Taken to an extreme, the phenom has been labelled the “Butterfly effect”.

The passes to Berkshire Hathaway’s meeting reminded me of an answer Warren Buffet gave at the 2007 meeting when someone asked him about what he thought of corn ethanol being used as an alternative source of energy. His response was common sense, yet somehow, I just hadn’t viewed it that way until he stated it, and as the answer rushed out, it seemed so obvious. He said that he thought it was absurd to take something which is essential to feeding people and convert it into something that can be guzzled by our machines. He predicted an increase demand on corn and how it would raise prices for food for the average person.

And he was right. Not only is using corn a component of the overall rise in demand for corn, but it has also impacted other food staples. Wheat, because it is a food source that competes with corn and other agriculture for land. Meat, because it is further out in the food chain.

I’ll admit this isn’t the purest, academic example of the butterfly effect, but it is a concrete example and a good point to reflect on. In a world where there is so much information floating around, how we interpret and figure out the relationship between information points becomes the value-add.