My last memory of making pizza, until last week, was a vague collection of fleeting emotions of disappointment and frustration, and images of cardboard crust, flour dust in each crevice of my clothing and the rejected pizza tossed into the garbage can.

However, last week…last week I triumphed! It started off with a glimmer that caught the corner of my eye as I strolled down the perishable aisle at Trader Joe’s. Upon closer examination, I realized it was a bag of ready-made pizza dough for 99 cents. All of a sudden the prospect of making pizza seemed not only possible but quite probable.

This past Sunday was the day I attempted to make another pizza. The ready-made pizza dough allowed me to pop by Adobe for a 4 hour tutorial (condensed version of the longer course) on “Building Applications using LiveCycle ES” from 1pm-5 pm. Rush back home and put together the entire pizza with Clint in about half an hour.

The pizza (ham, tomato, cheese, pineapple) turned out surprisingly well. I made it thin-crust style and Clint and I shared it as we watched the exciting conclusion to the Superbowl game.

I bought some more pizza dough yesterday and have thoughts of getting a pizza stone to create an even crispier crust…maybe I’ll even get one of those large pizza paddles so I can put on my chef’s jacket and pretend I am a pizza maker extradinaire! Ok, better stop, I can already imagine Clint rolling his eyes thinking I’ve gotten way ahead of myself again. Funny how a little success can get to one’s head! 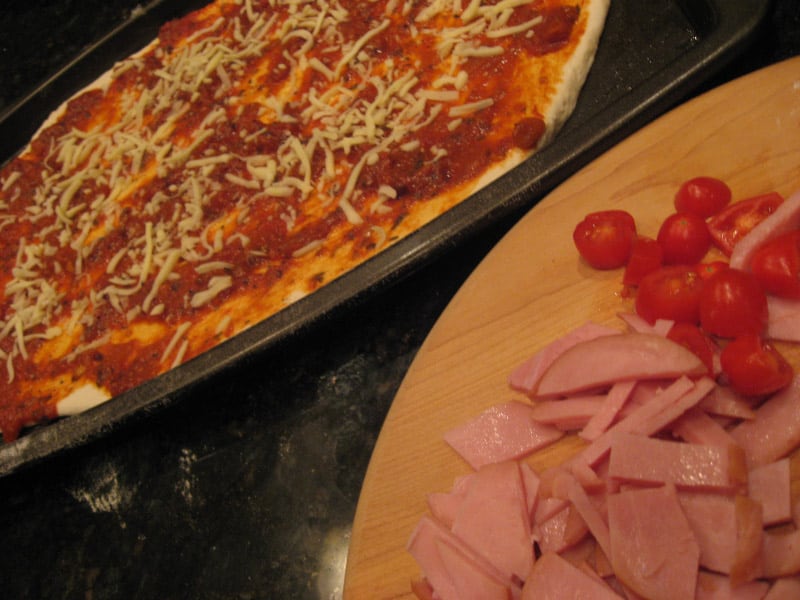 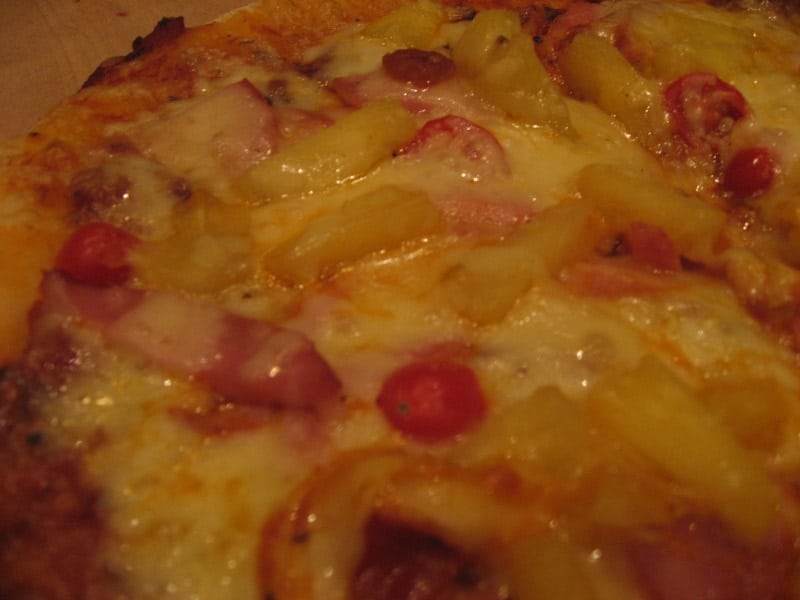