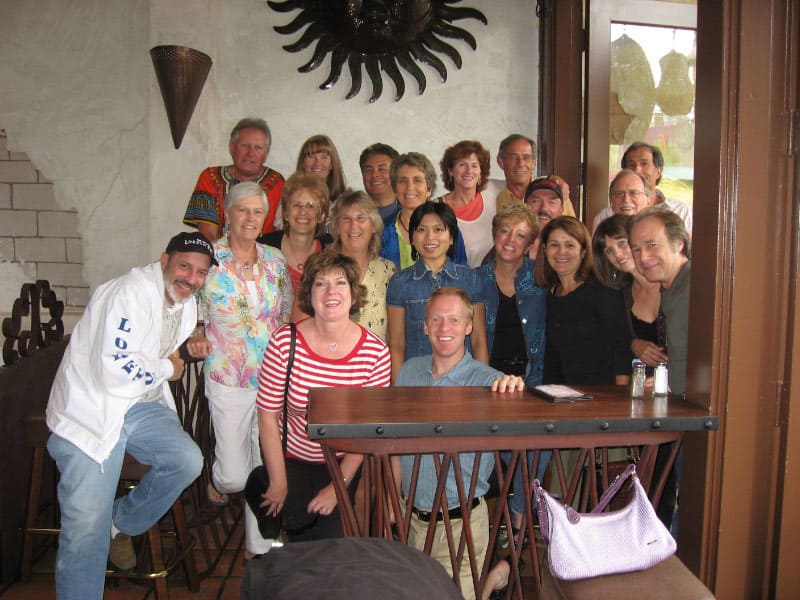 Last Sunday, Clint and I met up with the Loreto Bay Homeowners Club for brunch at Mexquite in Redwood City.

The group was started about a year ago and since then has grown to a sizable membership. I came to this realization as I approached the restaurant on Sunday morning – very startled to see an actual crowd outside the restaurant. It is wonderful to see that such a development like Loreto Bay has brought together people who otherwise would have been strangers in the Bay Area. It’s always amusing to Clint and I when we meet people all the way down in Loreto to find out that they live in San Jose or a close surrounding town/city.

This is our third get-together and I am very proud to be considered one of the founding members of this great group. We caught up with “regulars” such as Marsha & Chuck, Pat & Barry, and Sharon & Jane as well as met many new faces. 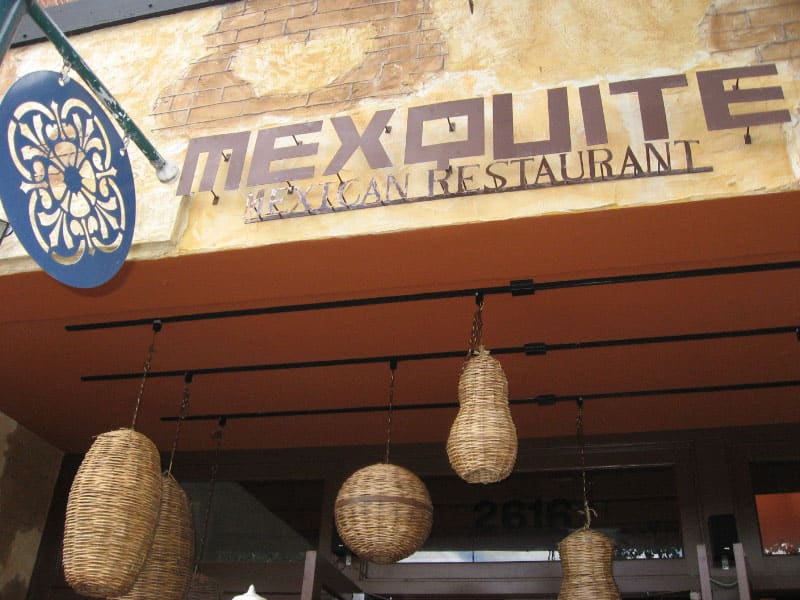 The food was scrumptous. I ordered the chicken salad and Clint had the chicken quesadillas. I’ll admit that the quesadillas were so good that I was caught many a times reaching over for a little bite of the gooey cheese and chicken sandwiched between warm tortillas that had just the perfect crispiness on the outside. All the food was very fresh.

Great food was combined with energetic conversation as we shared stories of the progress of the construction of Loreto Bay. Jane even brought her Apple laptop to share the slide show that she put together from our May Homeowners’ weekend in Loreto. The pictures she had of the dolphins from the Coronado Island trip brought back great memories. The Marine Park designation for significant parts of the Sea of Cortez has led to an abundance of sea life. I hope the conservation efforts continue as future generations should experience the same excitment that Clint and I did when we were all of a sudden surrounded by hundreds of dolphins on our way to the Coronado Island. 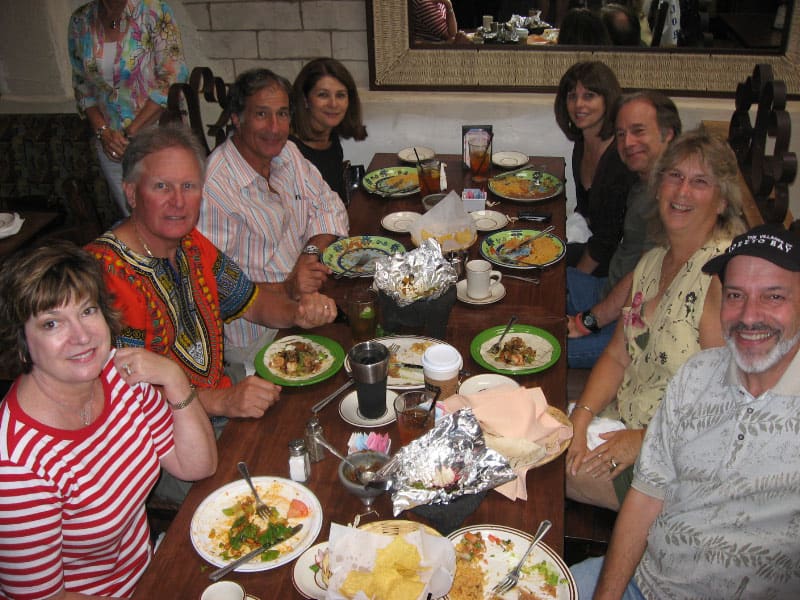 The meal at Mexquite did start with me sticking my foot in my mouth. I had just come from the gym 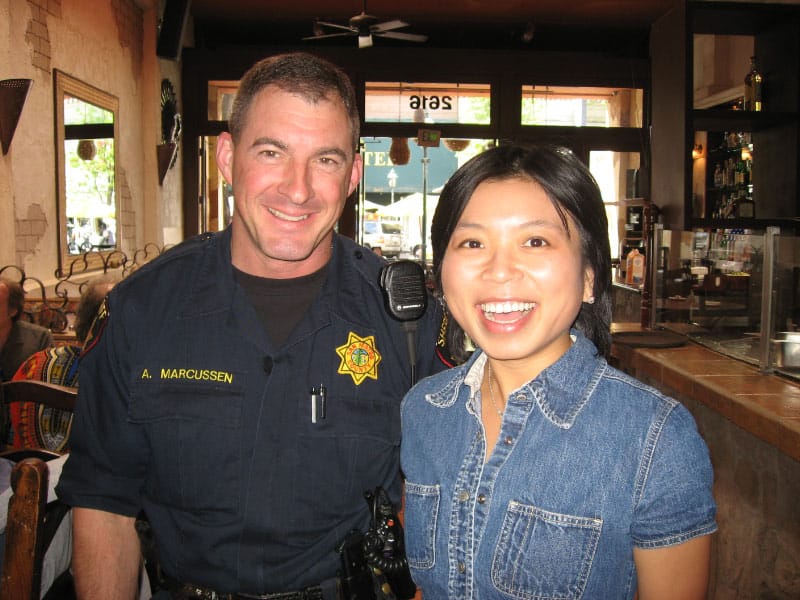 and was starving so decided to wave down the two waiters at the front of the restaurant so that they could take our orders. Unfortunately for me, the “waiter” I thought I was waving down turned out the be a sheriff that worked a couple of blocks down who was ordering take-out. When he finally walked over, I was thoroughly embarrassed and had to explain my mistake. Fortunately he was very friendly and didn’t take offense to it. As a momento of this ocassion, Clint decided to embarrass me further with this photo that I will end this entry with.