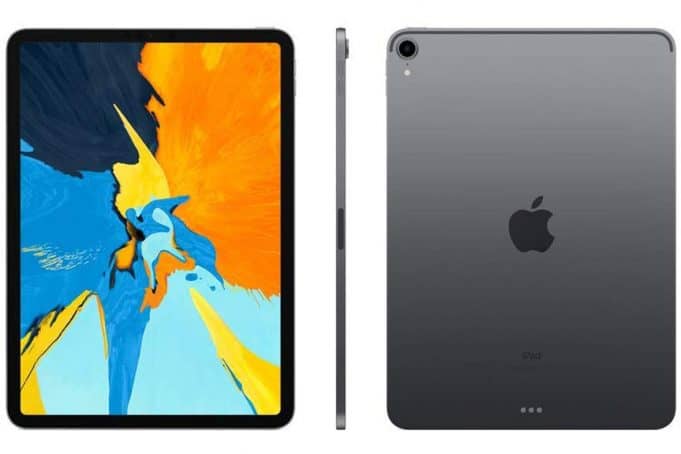 Just a few of the items on the menu that we know about for the upcoming Spring 2021 Apple Event.

Scheduled for April 20, 2021, according to early reports we can expect higher end 12.9-inch iPad Pros to feature a new MiniLED technology. Though there could be a (temporary) supply chain challenge. Per Bloomberg:

“Apple still intends to announce updated iPad Pro tablets in two sizes as early as this month, other people familiar with its product road map said. The MiniLED screen, which will improve contrast ratios and deliver a brighter picture, will be exclusive to the pricier 12.9-inch model. The production hiccup could mean that the larger iPad Pro will ship later and be available in constrained quantities to begin with, the people said.”

Apple has benefitted from surging iPad sales thanks to COVID-19, bringing in approximately $8.4 billion USD in Q4 2020 — the most, Bloomberg reports, since 2014.

New models should also sport faster processors, slimmer designs and higher resolution displays. As always seems to be the case.

Expect the Apple Pencil to somehow play a role.

As for AirTags, they seem like obvious competitors to the Tile system — a collection of small tags that are attached to things like keychains and purses and wallets and that can be located and tracked via Bluetooth and an accompanying app.

If Apple does launch AirTags either at this event or sometime in the future I’d expect them to quickly become a key player in the space. After all, given Apple’s ease of use combined with the fact they could embed all sorts of functionality into iOS and the Find My iPhone app it would be hard to imagine the likes of Tile making a strong case going forward. Unless of course, that case is based on a far cheaper price.

So that’s about it, at least per internet sleuths. Refreshed iPads. And a minor new product category push with AirTags which every so slightly has the ability to expand Apple’s accessories line (and margins).

Unless there’s a surprise don’t expect M-chip based MacBooks or iMacs just yet. Fall 2021?

Oh, and then there’s the logo for the event, a pretty and colorful splashy thing: 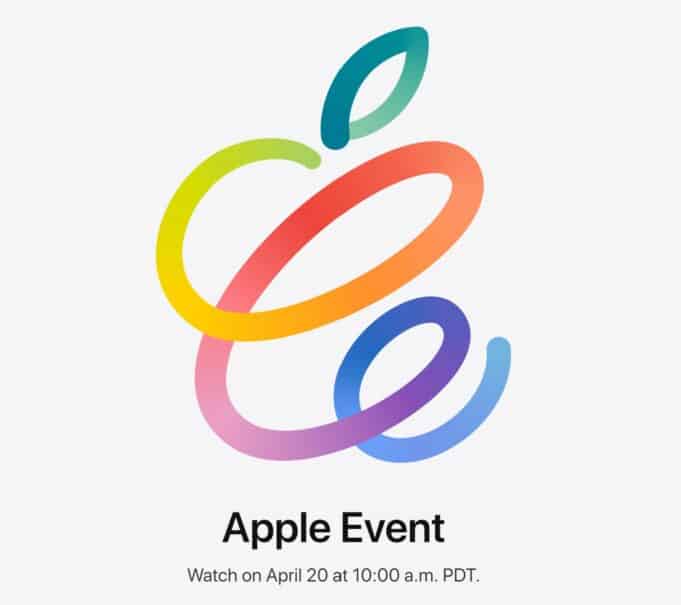 As I’ve erroneously suggested in the past, I doubt this is any sort of sneaky preview into future branding.

I’ve been so wrong so many times before on that, writing in the past that Apple would do away with its current monochromatic branding and instead return to its storied roots with a colorful logo. Wrong. Oh so very wrong. At least so far. So while I’d love to see Apple do something daring and use the above design for future product branding I’m likely being a little silly and should just return to earth: this is merely event-specific branding, artistry and inspiration and all.

Regardless, we can all expect another super slick virtual presentation by Apple with high end production values. It really is something to watch these pandemic events. I prefer the no audience approach. The laughter and applause lines always seems little… well, a little tech bro-ish at worst and typically cringeworthy at best. New Apple Watch face! Yeahhhhhhhh! (2 minute of clapping, wild Jack Nicholson grins ear to ear).

Then again, maybe celebrating every little thing — like a new watch face or feature — is good for the soul as we attempt to exit this challenging time. Bring on the iPads and AirTags!