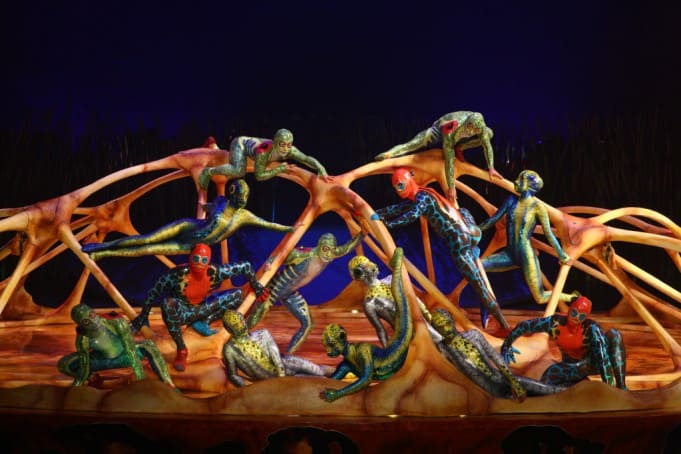 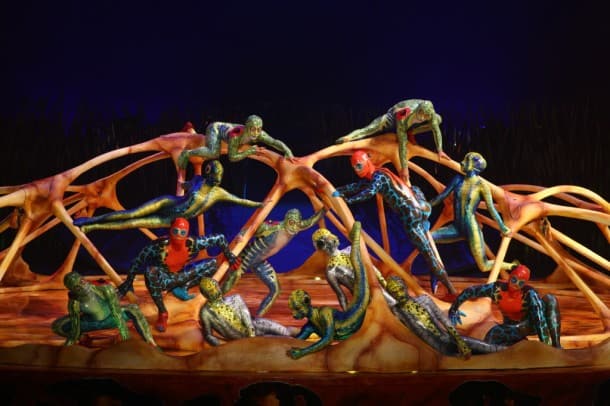 Cirque du Soleil brings a new show to town later this year and we’ve got an early peak at the show. Totem, which premiered in Montreal in 2010, will play San Francisco this fall under the blue and yellow Grand Chapiteau (Big Top) located at AT&T Park.

Written and directed by Robert Lepage Totem traces the fascinating journey of the human species from its original amphibian state to its ultimate desire to fly. The characters evolve on a stage evoking a giant turtle, the symbol of origin for many ancient civilizations.

Inspired by many founding myths, Totem illustrates, through a visual and acrobatic language, the evolutionary progress of species. Somewhere between science and legend Totem explores the ties that bind Man to other species, his dreams and his infinite potential.

One of the major elements for the set is the large turtle carapace, which functions as both a decorative piece as well as acrobatic equipment. When not in use, the shell is tilted or raised completely to the top of the tent or arena. It weighs 2,700 pounds (1,200 kg), has two horizontal bars, and is covered in a non-slip finish.

From a group of 20 street performers at its beginnings in 1984, Cirque du Soleil is a major Québec-based organization providing high-quality artistic entertainment. The company has 5,000 employees, including more than 1,300 artists from close to 50 different countries.

Recent Cirque shows that toured the Bay Area include Ovo, and Quidam, where Stark Insider went behind the scenes at HP Pavilion.

So until the show opens on October 28, we leave you with these photos of Totem. 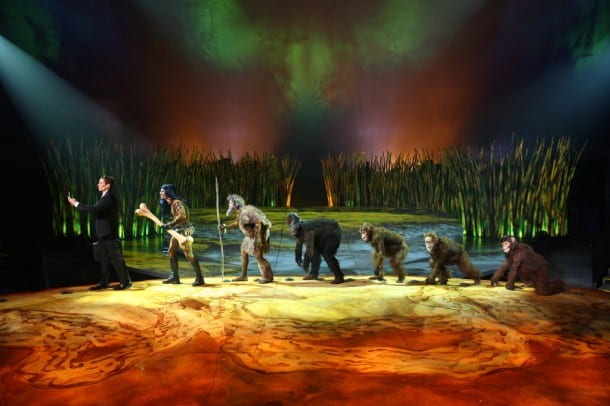 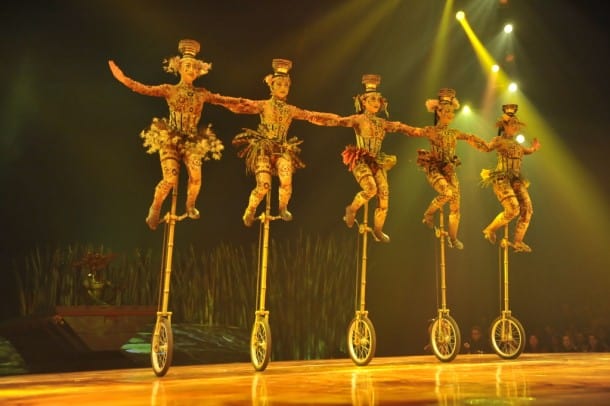 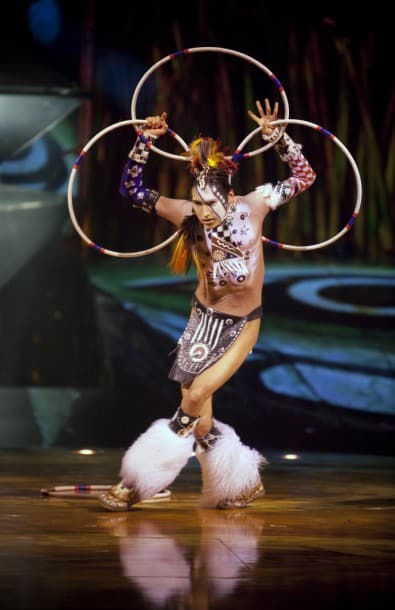 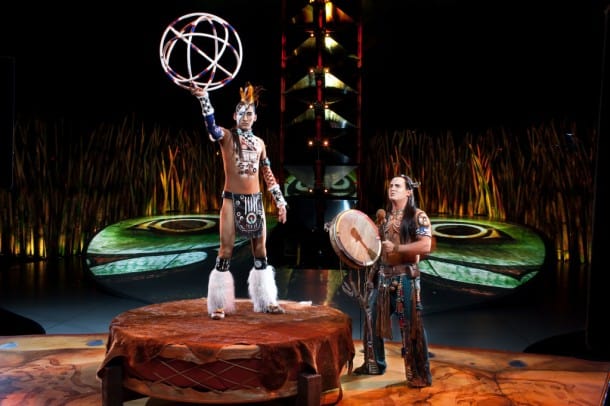 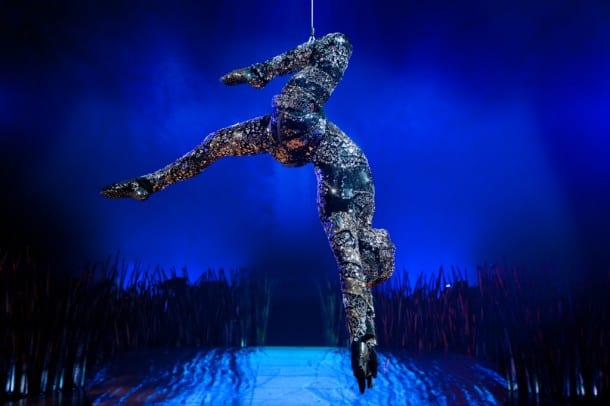 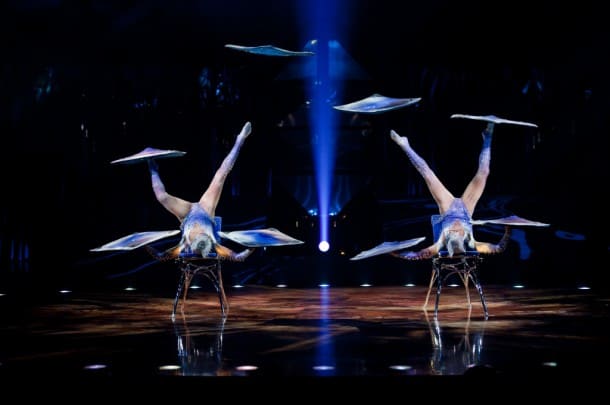 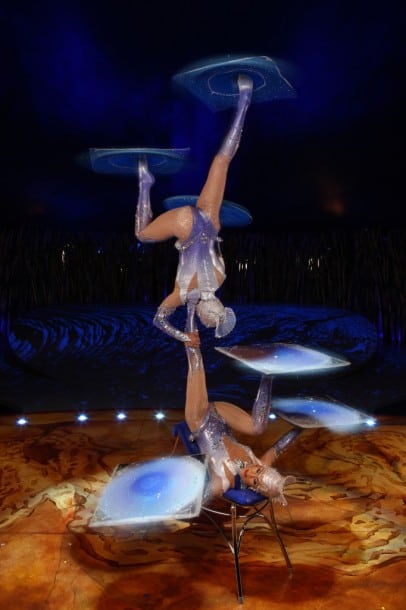 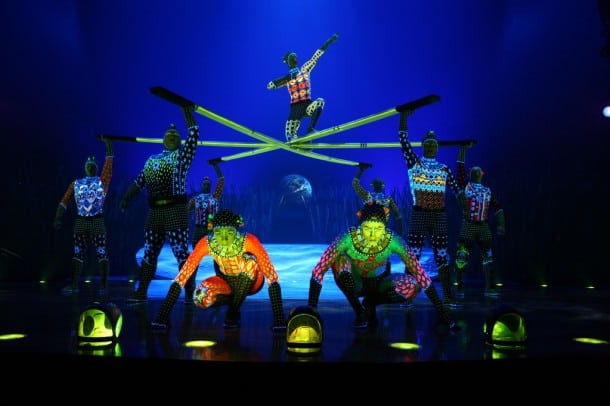 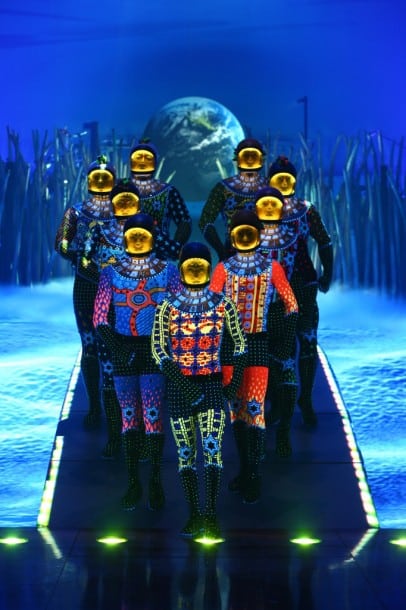 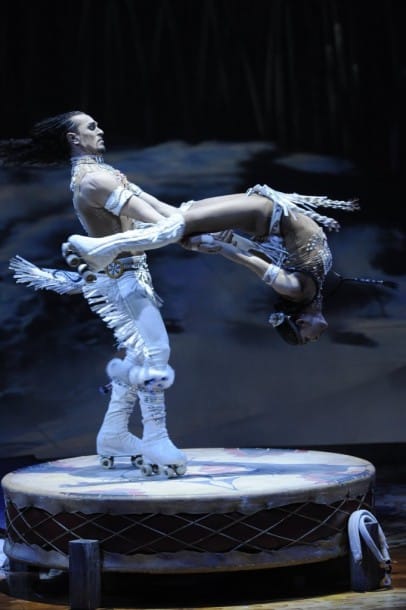 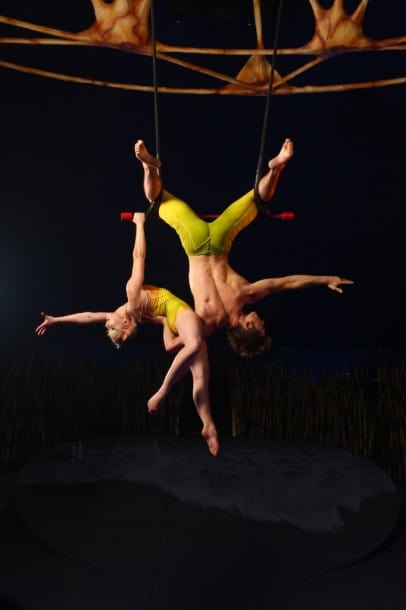 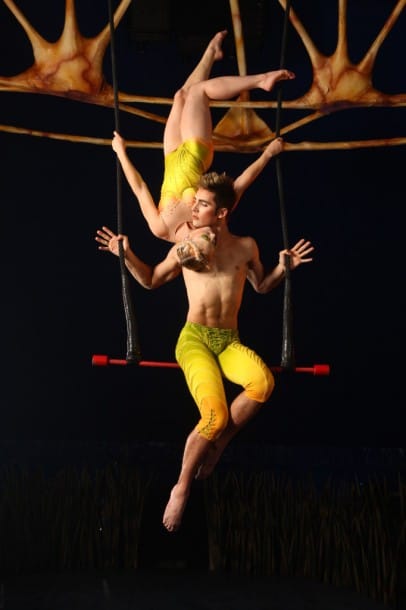