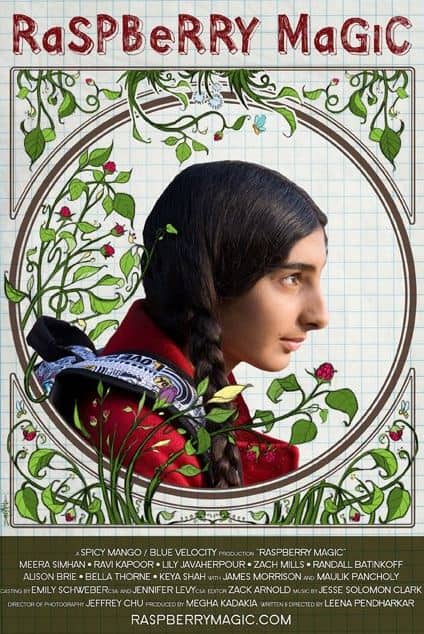 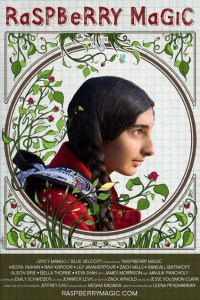 As a guy it pains me sometimes to use adjectives such as cute, charming, delightful. But these are entirely appropriate for the latest Cinequest screener I watched called Raspberry Magic. Of a strong group of films so far, it may be the best yet.

The story is centered around a book smart, eleven-year-old daughter who is an aspiring botanist with an interest for growing raspberry plants. So passionate about it, she pursues top prize in the school’s science fair, against, ironically, a fellow classmate’s robotic project.

Meanwhile, her family is falling apart. Dad is trying to find someone to buy his video game software, and can’t seem to stop the kitchen roof from leaking. Mom is looking for a book deal for her cookbook, leaving cooking and cleaning duties to her daughter.

Raspberry Magic delivers an inspired message about pursuing dreams, recognizing and appreciating who you are, despite the day-to-day curve balls life might pitch at you.

It’s, like I said, here I go again… charming. But never sappy or gooey; definite no-no’s for this indie fan.

Casting Lily Javaherpour as the lead was the right choice. Not only does she bring reserved intelligence to the role, she has a unique, memorable appearance.

The camera work is smooth and never distracts from the story. Direction (Leena Pendharkar) is crisp, and the film draws you in with early momentum.

What a pleasant surprise to learn during the credits that the film was shot in the Oakland area.

Before I sign off, a summary of what we’ve screened, what’s to come… just in case you’re following at home and keeping score:

Coming Up:
Kill the Habit
Life in One Day
Cooking History
Applause
The Bone Man